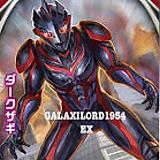 Well, here I am, I've decided to make a giantess game of my own on here, lord knows there are so many "Shrunk at x" games on here that you might as well have another one. So, I've written up a majority of the story and got that done. But i need a programmer to work closely with me so I can get this to the public, you see, the actual programming of it all is not my strong suit. I could theoretically complete the utter basics, but I struggle with the more advanced concepts.

Here's the basic idea: You are Jack, a 22 year old student at college, with a whole cast of friends, including a professor that happens to be his foster sister and best friend, a recent student arrived from Northern Ireland, a former soldier of the IDF, and a busty girlfriend named Charlotte. So things are looking up, Jack looks like he's well on his way to becoming a historian, but, he also has three fetishes. Vore, Feet and GTS. And, I wont spoil it for you, but an incident occurs resulting in the death of many of his friends, and the turning of him into a tiny person. So its his quest to work with his remaining giantess friends to get vengeance for the misdeed towards them, and have some fun along the way. Oh, and magic's involved too.