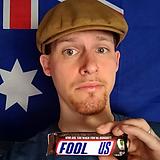 Where to begin, I've been away for quite some time. I think it was about 2009 when I created a group called Slackers Inc. Our goal was to bring back the joy and fun in playing text based adventure games. We set to work on our first game "The Quest to find The Dark Hills". Despite it's many flaws, it got fairly good reviews. Among other issues, objects were created but not really descriptive and didn't really have a purpose for actual game play.

We set to work on the sequel "Revenge of the Shadow Masters". Unfortunately, we were only able to code level one of what we'd hoped to be a three level game. We made sure to mention this in the release notes. Sadly, even with fixing the issues from the first game "Revenge of the Shadow Masters" was a flop.
We took an extended break and eventually Salckers Ink. was down to only me. I enjoyed coding the games but was sad that people hadn't liked the sequel. It was quite some time before I worked up the courage to start again.

When I finally decided to get back in the game, I came up with "Murphy the Sorcerer" the end goal of which is to find all the pieces of your magic staff and repair it. This game is 100% me. From concept to storyboarding to artwork to coding to even the beta testing. I wanted more people to beta test but had no luck.

I truly hope you lot enjoy playing this game as much as I did working on it. Feel more than welcome to like, share, comment or even message me about said game.