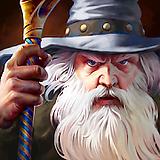 Hi Ive been absent since 2013 after writing Dark Mirrors but never really finished part two. Is Alex still around or has he moved on with a number of others. Time is relevant and things change so much. I will be needing a lot of help as I seem to have forgotten most of the coding although I suspect I should be picking it up again. Hope I'm welcome to come back.

Having witnessed the emergence of “Dark Mirrors” over six years ago and allowing all this time to flow past since, like a slow meandering stream - I never really got to relate how the storyline should have ended. And due to my lack of drive and vision the conclusion was never fully realised.

The heroin of the story never fully discovered her surroundings or why she was in that mysterious scenario in the first place. And yet, fully shrugging off the guilt that I felt, I put her to bed without a second thought for her mental state of being. Although, occasionally, I confess to briefly thinking of her out there somewhere in that ethereal cosmic realm, waiting patiently to resurface, to unearth the enigma that has so long eluded her. And yet every now and again in the still of the night she would call to me begging for relief and answers to where she resides. And sometimes in my darkest nights she would burst through my bedroom wall, and after stomping over the debris and flying glass, she’d grab me by the throat and gently suggest I find her rest and resolution to this travesty.

And so after many nightmarish eons, macabre and disquieting dreams I have been compelled to finish this tale. Not only for the unsung heroin of the story but also, I confess, for my sanity as well.

So now, as I promised her that the story will unfold as it should have existed long ago. Hope she will forgive the tragedy that I imposed upon her.
Hello to all Guzmere.

Alex is gone, but there are still quite a few Quest veterans who frequent the site.

Whatever you need, just ask. (We love to help out!)