I have an old game written in Quest 4 that I worked on in 2011. Is there any way that I can edit or even look at the code for this game? It still plays through Quest 5. 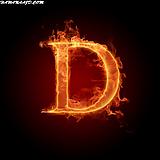 Have you tried opening it in Quest 5.5.1 (oldest archive on GitHub)?

Thanks Dcoder, I've been able to look at the .asl file using Notepad++ and I should be able to work out what I need to know. I spoke to Alex Warren about conversion from Quest 4 to Quest 5 in 2012 and he said at the time that he didn't plan to provide the tool needed but would continue to ensure that earlier games could be played. I think I need to bite the bullet and do a hand conversion!

Earlier versions are still there to be downloaded back to 4.0.5:
http://textadventures.co.uk/quest/desktop

Whether they wok on a modern PC I do not know.

With a good text editor like Notepad++ you could probably do some search-and-replace operations to do a partial conversion, getting object and room names and descriptions converted, and possible exits too. Scripts you would need to do yourself. You would need to learn hot to do regex searches, including capture groups.

Thanks for the suggestions. For my own game, I'm happy that I was able to see the code that I had developed in 2011 to avoid recreating the algorithm involved.

More generally, what I'm picking up is that it would be very difficult to update Quest 4 games without finding a machine with an old operating system. This is a bit of a problem for those games that are still popular but have flaws, such as Sir Loin 3 (http://textadventures.co.uk/games/view/pdz1jrdgmeeva15mqo_njg/sir-loin-3-the-quest-for-the-holy-quail), which I have been playing. I don't think there is any short-cut here, though the summary could list the flaws, which would help.

I would say it is worth trying Quest 4 on a modern computer.

Okay Pixie, I tried loading 4.1.5, which is the version I'd used before. During the installation, Windows (7) indicated there was software needed by this application and I broke away to let Windows load it. When I returned to try the installation again there was an error message about a file missing. The 4.1.5 player worked but not the QDK Editor. I decided to give up experimenting at that point (this isn't something I need) and am back with the latest version.