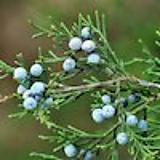 I had a question a few weeks back about using a vehicle. Everyone was really helpful, and I'd like to ask for a little more help now that I've had some time to ruminate on what we talked about there.

I created a drive verb that works when the player is inside the car. It works, but it's kind of clunky - you have to get in the car and then inputdrive car to move the car to the next location. I could make drive apply if the player is outside the car and wants to go somewhere. That's a natural way of doing things; I wouldn't say "I'm going to get in my car and drive to the store" in my real life. I'd say "I'm going to drive to the store."

But there are things inside the car the player has to solve and find outside of using it as a vehicle, so it would be good for it to be clear that this is a place you can perform all the usual look and take actions by allowing the player to enter and leave the car without taking it anywhere. I'd also like them to be able to get in the car, look and take and then go somewhere without leaving the car.

What I really want is this: The player gets in the car. They see the description of the interior and find the objects hidden inside. Then they think, "I'd really like to go southeast." The car doesn't have a southeast exit, but the street the car is on does. The player inputs se and the car and its children are moved to the street to the southeast.

I have some pseudocode around this, a variation on the drive verb that already works:

I guess my real problem that I've taken all the words to say is that I don't know where to put this code. I could make it a script on the street exits, but the player isn't on the street - they're in the car and don't have access to those exits. Does it need to be a modification on the whole idea of movement? That seems excessive. Is there anyone who has a minute to point me in the right direction?

What I really want is this: The player gets in the car. They see the description of the interior and find the objects hidden inside. Then they think, "I'd really like to go southeast." The car doesn't have a southeast exit, but the street the car is on does.

Now I've thought about it again, the driving system I'd use is:

That should allow the player to enter commands quickly (such as just typing "se" while in the car), but still allows the display of messages like your "You settle behind the wheel, and Aziraphale nervously takes his place in the passenger seat." to add to the atmosphere. Really, these messages are the only reason we need to track if the car is started, but I think they will add a lot to the feel of the game.

There's quite a few options there, but that's how I would normally drive such a system; because it works intuitively with whatever commands the player is likely to try.
I'm thinking that rather than having a list of directions in the code, you would have exits with an attribute driving to indicate where the car can go. Those exits could be made invisible if the player can't also walk in that direction.

Would you like me to try putting together the actual code to do that? I think it's mostly pretty simple.

Oh, yes. I was planning on keeping the flavor text in. This was just the gist of what I was trying to do with the relevant movement.

The system you outlined makes sense, and it looks like something I could implement. I just don't know where to implement it. I'd love to see your take on it if you have time - that's very kind of you.

Then we have another script attribute for the car, forcing the description to be shown when you drive somewhere, even though the player's parent hasn't changed. I don't know if your game allows the car to move without the player inside it, but I'll provide messages for that just in case:

Then we have the car's description script; which needs to both display the description of the car, and describe where the car is. As this is called whenever the car moves and when the player gets into the car, we can also call refresh_driving_exits from here to ensure they are up to date:

And then the drive command itself.
I don't know if you have one car or many in your game; I've assumed the car has a boolean attribute is_car to let us find it.
I've also used the special changecommandscope script, so that the object in drive #object# can be either an exit or a car.

Then there's a few little things.

The car's "before enter" script:

(you could also include a check that the car isn't locked or whatever, and move the player out again. The "drive" command checks that the player is in the car after moving them into it, so if they're ejected it won't display anything else)

The car's "after leaving" script:

Flavour text for starting/stopping the car can go in the car's changedstarted script.

A stop verb for the car would probably be nice; but not essential. Always good to account for things the player might try, though.

This took way longer than I thought to type out. Ooops :S
Will polish it up a bit tomorrow

Using this script will respond to the following attributes:

Another thought pops into my head.

You could give the car a script attribute:

This means that the car is in scope when you're inside it; so you can do "look car" or any other verbs it has while inside it.

Then you could modify the scripts:

Wow! That's a lot of work - thank you for looking at the problem for me. I'm going to take some time to study this and learn from it - I may be back with questions! - and then I'll try to work it into what I have. Thanks again!