I have a locked exit, named Had. I have a script that is done if the player tries to use the exit.
This is the script:

I have another script that unlocks the exit when the player goes to the lab. But the message script is overriding the unlock script. It's not unlocking. So far, I turned off the run script option and went back to showing a message. I don't know how to fix this. Help? 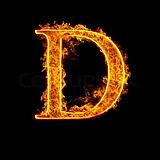 Your exit script won't run if Had is locked. You have to unlock the exit first, then go through the exit and the exit script should work.

Dcoder, do you mean at the start of the game? I already have a code for unlocking the exit. That's why printing a message works but this code doesn't.

Where did you put the unlocking script?

The Lab. After Gold gets a Pokemon, he goes to the lab. A message plays, and then the exit should unlock.

So you're sure that Had is unlocked when the player tries to use the exit? You can use the Debugger tool in-game to confirm this -- under the Exits tab in Debugger, Had.locked should change from True to False.

Another thing, this part of your exit script is superfluous:

...since this part will never run if Had.locked = True (the "Print message when locked:" message will display instead). So you can delete that part of your exit script.

@dcoder No, I don't know if it unlocks. Also, I'm not sure why you would have to move the player to the exit. Seems redundant.

Nevermind, I figured it out. I turned the other else into an else if, and I put MoveObject (player, Had.to) into the new else. Thank you anyways.