Bearing in mind I have no knowledge of coding, I have a command problem.
I have a player with a pistol
I created the command ‘ shoot Draco’ then entered all the possibilities of a person shooting a pistol. This worked perfectly.
Then I created command ‘fire at Draco’ then started repeating myself with that . I liked the second version better and realised I could just add all the possibilities including fire at to this command. I did so.
I deleted the command shoot Draco’
Now the second command does not work
I do not understand your command is all I get.
I am now stuck with not being able to use shoot or fire as a command
Have I corrupted the program.?
I only have a iPad an am unable to download or send anything. I am not computer savvy.
I have however published several games. 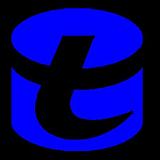 Sometimes errors happen when duplicate commands are created. I found I have had to delete teh duplicate that stopped working and do a new command without having any duplicate issue.

Sometimes Quest messes stuff up inadvertently due to conflicts even after you sort them initially.
e.g. In the game I had objects that were duplicated and deleted and corrected suddenly appear as "you see a ." (full stop dot instead of the new object)!

Safer to delete the bad command and do it again fresh.

What is the pattern for the command? A typo in the pattern could result in it not working like you expect.

The command pattern is
shoot Draco ; Fire at Draco ; shoot pistol ; fire pistol
And several other phrases on a similar line of possibilities all separated by semicolons
Are capitals or lack of them critical?
I had a similar problem with the verb climb in an earlier game and had to alter it to clamber to allow a climbing rope to be used.
Perhaps I would be better just using a verb ‘fire pistol’ on the pistol.

I have altered the weapon to gun and added fire gun as a gun verb. The verb now comes up as fire gun gun ( with the second gun highlighted) aaaaagh I’m too old for this

Then Use/Give menu is available now, so add a new script to the "Use (on its own)" section at the very top.

Thanks very much to all concerned . It cleared up several things I didn’t know about commands.