How do you design your Squiffy-Story?

Question about the course of the story at Squiffy: Do you write your stories in such a way that you can fail (for example if you can't find a key object) or do you just add several endings that can be more, sometimes less positive?
I tried porting a Quest 5 story to Squiffy, but realized that it wasn't that easy.

I write random games that play out differently every time. I use Squiffy to do this. If you want to see an example of this, check out "StoreyMinus". You can find it here:

I had not. I just have a rand(min,max) function I use in every game. But it really helps to randomize stuff. 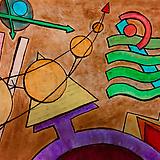 Well, take a look at my game.

This isn’t the most engaging way to write a game book because it can get repetitive and uninteresting, but it is for sure the most common and basic.

What I did for this game though was make it so that death was inevitable, but there was a character that mysteriously interrupts your game and encourages you to try absolutely everything and die as much as you can. He also changes what he says every now and then depending on what you’ve seen and haven’t.

After a certain point, it becomes a scavenger hunt where the character instructs you where to go and you have to remember what he’s talking about and go back to those places.

If you succeed, your taken into a short sort of interrogation/quiz based on what you’ve seen that only gives you a higher score if completed correctly. But after that, I programmed three endings: a good ending; another good ending; a bad/unsatisfying ending that crashes your game(this ending is harder to come across though, and if you find the path to it, you already know that continuing is going to end poorly).

It’s only in the last section that your choices are important so that the ending feels more victorious. And to top it all off, there is one choice in the early gameplay that everyone naturally makes (you don’t have to find all of the deaths to get to the next part of the game) that influences which ending you get. This makes the player feel like their choices actually mattered in getting their good ending.

The goal of my game was to find a way to end it in a satisfying way(wether it’s stopping in the early game or making it to the end), and I encourage you to see if I did so.

Sometimes the best thing to do is take limited ideas and squeeze as much creativity onto it. That’s how you create novel and exciting stuff.