Has anyone made a game as a phone app? Squiffy vs. PhoneGap 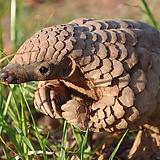 Hi. I'm a relative noobie here. I built one game in Quest, which worked pretty well. I'm a teacher in the USA (Philadelphia, Pennsylvania) and I was interested in making a text adventure phone app. I saw that Squiffy games can be converted into apps by using PhoneGap, and then I saw that PhoneGap itself can make apps in HTML and other languages.
So here is the actual question, for anyone who has made a game (that worked) as a phone app: Do you think it would be easier / better to build the game in Squiffy or by using PhoneGap (possibly in some other language)?