Firefox on Android is misbehaving

I don't know what could be done about this, but someone might find it eyebrow-raising.

This is a simple game. It's only purpose is to print which questplatform is being used.

I don't know exactly how it works, but it seems that something isn't forwarding something to "mobile" in Firefox on Android.

So, whatever is going on in Firefox on Android is messing up any games in which we use JS.whereAmI() and game.questplatform.

I am pretty sure it isn't anything to do with Quest's code, unless 51Degrees is the culprit -- and that is just an extremely wild guess as to what could be the issue.

I don't know exactly how it works, but it seems that something isn't forwarding something to "mobile" in Firefox on Android.

It could be that the browser is declaring itself to be the desktop version. I've seen firefox mobile before failing to display the mobile version of sites, which is one reason I decided against using it. If the browser isn't giving the server the usual hints to know what kind of device it is, there's probably very little Quest can do about it.

Although I do think that some of the mobile layout features (like the sidebar) should be determined in JS based on the screen size, not the device type.

I tried going into settings and toggling Desktop View on and off, and it didn't change anything.

I didn't know Firefox had this issue in general, but I was thinking it was probably just something to do with Mozilla's code.

My next thought was that Firefox usually has issues Chrome doesn't because Firefox gets new features sooner. (Google is smart and lets Mozilla work the bugs out first, I guess.) That led to me remembering GitHub complaining about old versions of stuff like 51Degrees. (I don't know that 51Degrees actually is one of those warnings, though.)

Mostly, though, I just figured people with code in their games to handle mobile differently would like to know that Firefox has a monkey wrench and throws it at Quest games.

Although I do think that some of the mobile layout features (like the sidebar) should be determined in JS based on the screen size, not the device type.

With the phone vertical, there are no panes in Firefox. It only shows them when I rotate the phone so it's horizontal. (The screen shot is horizontal (of course)).

It looks like we can check for "Android" in navigator.appVersion or navigator.userAgent. If it is there, we go with "Plan Mobile"! 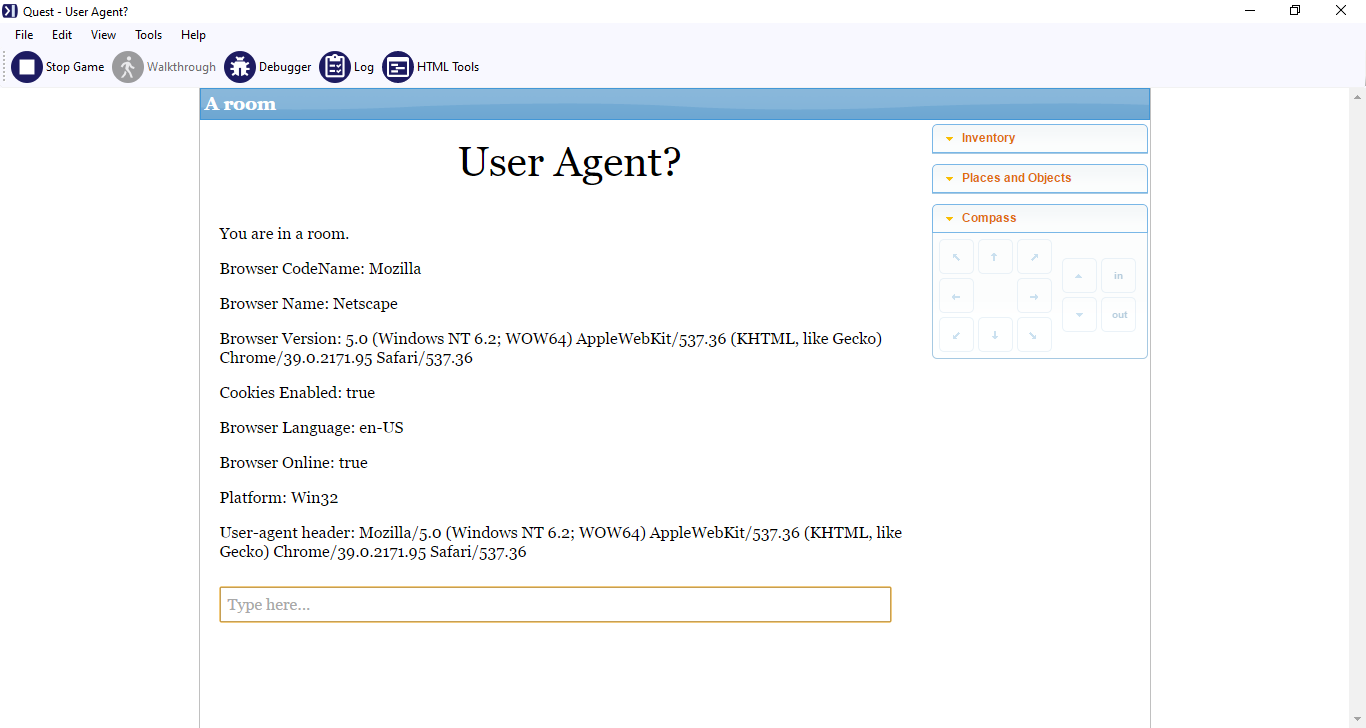 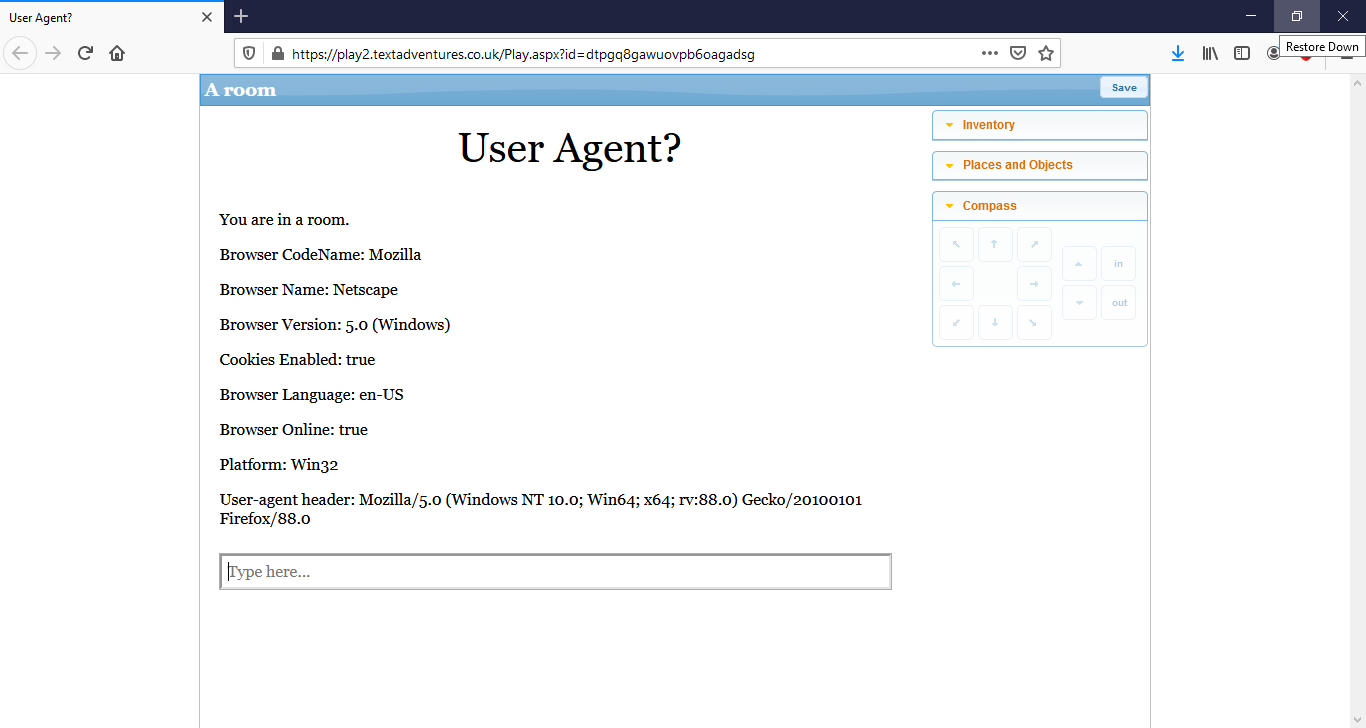 Someone with an iDevice, please tell us what those bits are ("browser version" and "user-agent header"):

That seems to catch it.

I'd be cautious about doing that.

I guess it depends what you're using the platform for, because then you'll have the platform set to mobile, but not have playermobile.js loaded; and the page HTML will be from playercore.htm rather than Mobile/Play.aspx.

I think the only thing platform is used for is whereAmI(), which is only there for us to check which type of browser/device is being used from inside the game's code. It sets game.questplatform, and that doesn't effect anything unless we add code to do something with it.

...and I think 51Degrees is what decides whether or not the mobile files should be loaded *.

I am not sure enough about either of those to bet any money on it, though.

In my case (in this particular instance), I'm just ending the game if I find out it's loaded on a mobile device, but most of time I would be modifying behavior to suit mobile browser capabilities, and chaos would probably ensue were I to assume the mobile stuff was loaded when it wasn't.