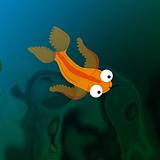 I have a character who is wearing something before the game begins. (it is not visible, though.) How do I tell the game the player is wearing this?

The simple solution: set the object's worn flag to true.

However, this won't apply any stat modifiers for the item or change its alias to include "(worn)" at the end. If you want these things to be done, then in the object's initialisation script (which you can enable on the "features" tab) you should put the line:

(it is not visible, though.)

Not sure what you mean by this. You mean you want the object to be worn despite not being visible? This is a somewhat odd thing to ask for, as invisible objects are generally ignored. If you mean an object which the player is "wearing" but it doesn't appear in their inventory or have any effects, it would probably make more sense to treat it as pure flavour – run WearGarment (name_of_object) when it becomes visible.