Thinking about classic text adventures again, I remembered Suspended. I'm wondering if anybody would be interested in seeing a remake of that? (and has anybody done it?)

If you've not come across it, it's a bit weird by TA standards. First off, it never tells you where you can see exits. To navigate the base, you relied on a printed map which came with the game. (You also got a set of tokens to keep track of where your robots are, so you don't waste precious turns keeping track of who is where)
It's also weird in that you can't move, and instead have to give orders to 7 robots which each have different abilities and senses (one can see, one can hear, one can feel, one has sonar, one senses magnetism, one interfaces with the base computers, and one could do everything but is broken and unresponsive) This means that telling them to each of them to examine something will give you different descriptions. There are also actions that take multiple turns (like you can tell them "go to [name of room]" and they'll find their way there, so you can use the commands in between to have the other robots do something) and there are some commands that might need more than one robot in the same place to do them.

I don't think I've seen any other games in the same vein. If it's not been done already, I think it might be interesting to see if Quest can handle a remake; possibly allowing alternate scenarios.

Ah, that game was called "Suspended"! I had completely forgotten it's name.

I never got far with it myself, but you are correct that it has cool mechanics.

Personally I think Quest would be able to handle it fine. Some custom attributes for what everything looks like in the various ways of detecting them, and of course each robot could have a different way of saying "I can't go that way" or "I can't see that here".

Having the robots move around the rooms would be easy enough. Possibly you also move around some disconnected rooms where each one is actually which robot you are controlling, with custom commands in each room. (Or you could change the player object to be the robot, I think, but not sure which way would be best)

I think theoretically you should also be able to display a map of the facility with robot locations within the game? I think that would be the way to go these days rather than rely on feelies. (Or even if it's just a static map you can look at, the robots after all report their locations to you)

Personally my one issue might be that I wouldn't want invalid commands (such as from a typo) to increase the turn counter, as IIRC you only had a limited time before the guys that think everything going wrong is your fault come down and end you.

Out of all their games, that was the hardest to understand.
Maybe they needed an "easy" level where the robots weren't broke at the start so that you could understand how to use each robot.
There is a link to all the old Infocom games here, I think suspended is one of them. You could get a jump on rebuilding (copping) it using the room descriptions from there.

Personally my one issue might be that I wouldn't want invalid commands (such as from a typo) to increase the turn counter, as IIRC you only had a limited time before the guys that think everything going wrong is your fault come down and end you.

Yeah; the turn counter is very harsh. And there's several things that happen on specific turn numbers to make the game harder.

The part that bugged me was that the start of the game is all investigation based; you have to find out what's going on. But because of the time limit, it's cutting it too close. You need to know about the acid spill in advance to make sure your robots are on the right side of it, and start the game by picking up all the items and sending them to the right places.

Having multiple starting positions would make it feel more realistic; you shouldn't need knowledge from a previous playthrough.

Maybe they needed an "easy" level where the robots weren't broke at the start so that you could understand how to use each robot.

That's a really neat idea. Maybe have 'easy' (there's a simple breakdown that doesn't affect the robots), 'classic' (the original earthquake plot), and 'random' (chooses one of 4 or 5 disasters at random, and a selection of different blocked passages, leaks, spills, broken robots, etc to make it harder to solve)

The original game needing knowledge from previous attempts isn't something I like I think.
I'm fine with the start of the game being investigation as long as you don't need any knowledge of previous runs (such as the acid spill for example being something you can't really plan for unless you've already seen it before)

The original game needing knowledge from previous attempts isn't something I like I think.

I think that was pretty common back then. It was assumed people would play a game many times to repeatedly try to get to the end. It was certainly common for games to get into an unwinnable situation because you failed to do something right at the start, for exampling failing to pick up the mail at the start of in Hitchhikers.

Do you want a faithful copy of the original, which modern players will not enjoy? Or a reimagining, that is more loosely based on it? I would do the latter.

The latter!!!
Or even, by using the idea that you are trapped somewhere, and you are directing the rescuers to you.
So many ideas can be created from the basics of this game.

There was a Scott Adams adventure someone got me years back, "Escape from Saigon". You were a GI trying to get out, which meant you needed to get past VCs and bunkers and stuff. Well, the adventure path's narrowed down to this one spot where you put your boot on a mine. If you typed ANYTHING, you died. I spent two days trying all sorts of creative things to deactivate the mine or get clear. Nothing. And I spent time looking for some sort of sneaky way around it. Nothing.

A year or two later, I became friends with a guy who's mom worked in the company. I started complaining about it and she said, yes, they knew all about it. Somehow this got past playtesting and into production, where it was burned onto disks and sold. There was absolutely no way around it. The game was impossible to complete. I think it came down to a coder adding that in at the last second, thinking it was a cool puzzle and somehow leaving a solution out. 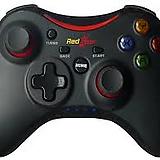 Oh. I remember playing that game so vividly. The robots and all. But wait, Is there a remake in the pipeline already?