[Prefix and Suffix
A prefix and a suffix let you insert text before and after the object name when it’s displayed in a room description. When you leave “Use default prefix and suffix” checked, the suffix is blank, and the prefix (for English games) is either “a” or “an” depending on whether the object name (or alias) begins with a vowel.

You can specify your own text by unchecking the box. Two new textboxes will appear, and for our “Bob” character you can just leave them blank, as we don’t want any text added around our object name.

A quicker way of doing this is to select “Male character (named)” from the types list.

We will come back to Bob later in the tutorial, where will make him a little more animated.] 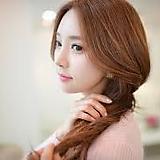