Hi guys. I'm a total newbie with this stuff.

Im working on a game were I would like the player to have the option to set a name for something.

For example, the main character might have a pet dog. When someone plays the game, they are prompted to type a name for the dog. Throughout the game the dog is then named what ever was input by the player.

I'd really appreciate any advice on how this can be achieved. 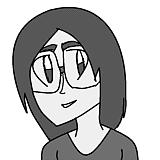 Greetings and welcome to Quest! I'm no expert, but I think I can help.

Here is some code that will do this. It's script code, so you will have to change your page to "Text + Script" or "Script." Find the "code view" button in the new section dedicated to script and paste in the code. It works by asking the player for input (in this case the name for a dog), and it will save what you put in as the name {player.DogName}. I don't understand it too well myself, but as far as I can tell it basically sets an attribute to the player. By using {player.DogName}, the attribute is displayed.

I hope this is helpful, and if you want a better explanation, see this forum post: https://textadventures.co.uk/forum/quest/topic/4708/adding-player-name-in-game

Don't be afraid to search around the forums, there are a surprising amount of questions answered on here! If you have any other questions you'd like to ask me, feel free to do so!

Ninjagorulz has it right, just a little more into understanding Attributes (the 'Attribute' VARIABLE)....

or, as usually, as you got to find the value of the variable:

however, with (Object-Oriented) programming/coding, we got Objects, which can have/store their own Attributes, which store/hold Values, just like how in algebra mathematics, we have variables holding/storing Amount (integers/non-decimal-numbers or double/floats/floating-points/decimal-numbers) Values, but with programming, we can also hold/store Non-Amount Values: Strings, Booleans, Object References/Pointers, Scripts, Lists, Dictionaries, and etc

this is just like the real world, for an example:

A (String) Attribute of the 'john' Object: hair_color

A (String) Attribute of the 'jeff' Object: hair_color

which is the exact same as with algebra mathematics:

notice how instead of using the 'x,y,z,a,b,c,n,etc' for a VARIABLE (storing/holding a Value), we're using:

hopefully, you notice the difference between using an 'x' Variable VARIABLE and using an Attribute VARIABLE

there can be one and only one 'x' Variable VARIABLE:

however, there can be lots of Attribute VARIABLES, as they're tied/associated/attached/connected to (held/stored within) Objects:

as you can see, we can have 5 'hair_color' String Attributes, as they're tied/associated/attached/connected to (held/stored within) various different Objects:

but you can't have multiple 'x' variables, each holding/storing different values:

so, you can hopefully see how useful an 'Object-Oriented' structure is, allowing for multiple Objects, each with their own Attributes and stored/held Values:

you can NOT switch/reverse an expression of an Assignment Operation around!

this is because the programming is programmed/parsed to understand it only in a certain syntax order/placement:

whereas in algebra mathematics, unfortunately, they never explain that you're actually doing a 'Comparison' Operation, which is why you can switch/reverse the expression around: