[SOLVED] Can't move an object to another object if it has the feature Wearable. 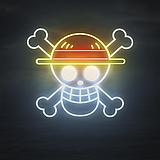 I have an object called gloves that has the feature Wearable. I can wear them and remove them no problem even add them to my inventory but they can't be added to another object I have called toolkit.

All other objects I have created can be added and removed from the toolkit just fine, the gloves are the only ones thats giving me trouble and I would have to guess its because of the feature Wearable since it's the only one with this feature and the only one not working. And removing the wearable feature allows me to move the gloves into the toolkit.

Forgot to add I am moving the objects through a verb called add to toolkit the code for that verb would be:

Does it give an error if you attempt to put them in the toolkit? Or just nothing happens?

Nothing happens it doesn't even give me my verb option. The only things that are available are Look at, take, use, Drop, Wear, Remove.

it doesn't even give me my verb option

These should be strings, containing a list of verbs with ; in between.

Thanks man that fixed the issue. New to quest and using it for a class project so thanks for the quick reply.