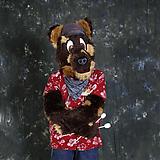 (edit: update at bottom of post) I've been having issues setting an avatar image for myself on these forums. These forums appear to use Gravatar avatars, but don't appear to be fetching the image I set through Gravatar, even though the email address I use for Gravatar is saved as part of my profile on these forums. I've also tried setting an avatar image in my profile, and while the uploaded image does appear in my user profile, it does not display the uploaded image alongside the previous post that I have made here.

After looking into the page sources of forum threads, I've noticed that the forums are rendering https://secure.gravatar.com/avatar/?d=retro as my avatar image. This URL is missing the hash of my email address, which is what allows Gravatar's servers to fetch the image uploaded by the user in question (or, for users who have not submitted an avatar image to Gravatar, a semi-unique generated image based on the hash value itself). Compare this URL to https://secure.gravatar.com/avatar/a97688aadc8152436180b511021e94a7?d=retro , which is what is rendered as the avatar beside K.V.'s posts (which displays as their own custom image). Also compare the URL to https://secure.gravatar.com/avatar/8e3df6f4f89cde40de4ddd5a4e9732f7?d=retro , which is the hash-generated avatar for Goldie42 (who presumably has not set up an avatar image through Gravatar).

While some forum accounts show a randomly generated Gravatar image specific to that account (which is the expected behavior for users who have not set up a Gravatar), there seem to be other forum accounts that, much like my own, are showing https://secure.gravatar.com/avatar/?d=retro as the avatar image; since all of these image URLs have the same (lack of an) email address hash, the same Gravatar image is displayed for all of these accounts. In a brief search, I've found that the accounts of mrangel, shenry, and Kevin Peterka are affected, but there are likely others as well.

The fact that this issue exists persistently for some users, but doesn't exist at all for others, suggests that there might be a bug in the forum's code relating to the implementation of Gravatar avatars that prevents a suitable email address hash from being included in the Gravatar image URL, but that only manifests for a subset of forum users (and presumably due to a quality that those users' accounts share). The only thing I can think of as being atypical for my own account is the fact that I used OAuth with my Google account to create a forum account here (rather than using a different service through OAuth or setting up a password for my forum account), so that's the best guess that I can offer with respect to where to start looking for what's causing this bug.

While part of me wants to propose having avatars that have been uploaded directly to the forums take precedence over Gravatar avatars when choosing an avatar image to render next to posts, I'm inclined to suspect that such a feature might be more complicated to implement than it would be to fix the Gravatar image implementation, and doing the latter would largely obsolete the warrant for doing the former.

If there's any other information that I might be able to provide in figuring this bug out, feel free to let me know.

(edit) So... after having made a second forum post (the first one in this thread) which appears to be showing the image I uploaded to the forums, it looks like the forums are associating avatar images to each forum post (rather than looking up the current avatar image of the user who made each post). This wasn't the behavior that I was expecting, hence my confusion.

The use of Gravatar image URLs with null hash values, though, might still be worth addressing, though, since as things currently are, different users affected by this will have the same avatar image shown. While it might not be the intended way to use Gravatar, maybe using a hash of the account username in the Gravatar URL if no suitable email address exists would be a viable option?

Thanks for that. I hope one day to be able to access the forum code, and make some updates, but not as yet.

That said, including e-mails in the code seems like a privacy issue to me, and I would be reluctant to implement. I am surprise Gravatar does it that way.

That said, including e-mails in the code seems like a privacy issue to me, and I would be reluctant to implement. I am surprise Gravatar does it that way.

That's why it uses a hash of the address.