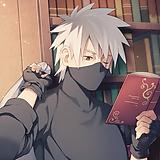 hello, I'm creating a gamebook with custom player pronouns because i want it to feel a little bit more personal to the one reading the story.

how do i set more than two character pronouns and have them take effect in a gamebook?

is there a way I could make that work?

I suspect the easiest way would be to have a separate attribute for each pronoun. For example, if you have a page where the player chooses, the male option would lead to a page with the script:

and so on. Then you can just include {player.heshe} in the text later in the game, and it will be replaced as appropriate.

I believe the text adventure mode does this with attributes named gender, article, and possessive; but I think names like heshe make it easier to remember which one you want in a given situation.

An alternative would be setting one attribute for 'gender', but add a couple of functions to the text processor in the start script. The scriptdictionary game.textprocessorcommands contains a bunch of different functions; you could add your own code there to generate different text based on the player's gender. But I suspect this would be overkill in a game where you're only using it for one character,

I created a function called gname.