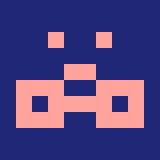 Review for Survival on the Mountain of EVIL!
While it is short, I think the grammar and options make up for it. I died like two times before I got the wolf ending and the chocolate bar one, so it is pretty easy to win. However, compared to other text adventures I've found, with less than ideal spelling, I really enjoyed this one; however short it really was.
(3)
Review for The old mansion of Witherson Jones
I like the art, but you should really check over your grammar. If you're going for comedy, it's crucial. No one likes reading a part that's supposed to be funny, and doesn't get it because of a typo (at least I don't).
(3)
Review for Survival
I actually really like the aspect of it! Except there's a few errors and the puzzle's are confusing. There's an error with the fish that lets you continue eating them; it doesn't remove the fish from your inventory.
(3)
Review for Zombie Apocalypse .:It's Only The Beginning:. ~Part One~
It's okay, but when you wake up in a hospital you're usually in one of those gowns.... I keep imagining him in one, and it gets a bit ridiculous.
(4)
Review for Find the cookie
Pretty pointless, honestly. Won on my first try, not too many options etc.... People really shouldn't give five stars just because they know someone. One review and this ended up on one of the first pages of sandpit. :/ Good for a first try I guess.
(2)
Review for Incident of the Undead Part 1
I agree with the other reviewers. I had a lot of trouble with the directions and stuff.
(2)
Review for Mining Adventure Quest
The grammar was really poor, and it reflected on the game as well. Honestly, I ended up just briefly skimming the sentences and choosing a random answer. I've only played it once, and wouldn't play it again until the grammar's fixed.
(2)
Review for Power
I really liked, though it was kind of boring for my character. You see, I Reeaallly wanted that cookie, so I made her sleep to the end of time. *Munches on cookie*
(5)
Review for Ka'Hal: The King of Dragons Episode 2
I really like your story, and it's really funny. However, I feel like there should be more options to choose from. Oh, and your font was difficult to read :/
(3)
Review for Paper Boy
Wow! It took me awhile to get the concept, but it's really great! Honestly, I can't believe how original that was, I must commend you.
(5)
Review for Cobblestone
That was a barrel of laughs! Not for the narrator, I'm sure, but I had fun ^^~
(5)
Review for Eat Cow To Live
Oh wow! My adventure was quite repetitive, honestly, but that was my fault. You see, I was trying to find out which arrows missed, and went bottom to top first. Right when I was about to click the right (or wrong, I still haven't clicked it) shot, I accidentally went to the forging book instead. I was pretty annoyed with myself, and wanted to find all the endings, so I just chose random answers in the hope I died.
(SPOILER AHEAD DON'T READ)


I didn't expect that retreating from the cow with full iron armor to the village would win the game. Honestly, I thought they'd toss my dirty beggar butt out of their shop as soon as I got up there.

You can imagine my surprise when cow sold for only a dollar. ._.