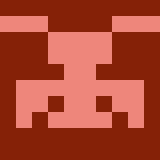 Review for The Last Detective
While this game was not the greatest, at least she tried. There are some people beating up on her, but hey, if you're so good, why don't you make a game? I check back here every so often to see if anyone has made any games, and this is the first that's been uploaded in a looooong while, so at least Catalin tried. It could use some work, but hey, maybe she's learning. If you just yell at her, that will only discourage her from trying to make more games in the future. So Catalin, I give you an A+ for effort, and keep trying!!
(2)
Review for King's Quest V - The Text Adventure (Part 1 of 2)
This is a really well-made game. Everything is planned well, and it is fun to play, unlike most games in the archive. Also, you don't beat it in 2 seconds. There are two reasons that I gave this game 4 stars instead of 5. One is that it's only a Part1, not a full game, though it is longer than most other "Full Games" in here. But the main reason is that there were a few bugs--not too bad, or unfixable, but a little irritating. When I saved the game a few times, and came back later to play, when it was loaded, somethings happened that I didn't do. For example, ***SPOILER*** you need to free the rat to be able to free yourself from the basement, and then you can't re-enter the inn, or you will be killed. But when I loaded the game, I hadn't done anything yet, and it said that I had, and they killed me. I needed to restart, because there items in the basement needed to win. This kind of thing happened several times, and I ended up needing to play the game straight without loading in order to win. However, all that being said, it is still an excellent game, enjoyable, playable, and well-created. Thumbs up.
(4)