What makes a good story?

If you want to write a compelling story, then make sure your story has all the requirements needed for it to become a compelling story. Focus on the integrity of your characters. A common mistake of story writers is to make a one-dimensional character that is there just for the sake of the story. On the contrary, you should be making characters that move the story forward and not the other way around. What do you think?

I do not know. I generally tend to make short stories, so I do not usually have to worry about the long term. I also usually do fan fiction of some sort. Even if I make it original in most aspects, there are still certain things you "know" has to be included in it in some form or fashion, because it is established already from the original source material. Although I do have several books in the works that are novels or trilogies, I tend to lose focus and get bored with them and move from one project to another or even a whole other medium or stop completely to take a long break.

But yes thinking more about it, I would say your main characters should be full of life and not just one dimensional. But minor characters, depending on how minor, need not be fully flashed out. It just depends. Also having a good working knowledge of what you are writing about, either through research or experience is also needed. Talking about outer space and having little to no knowledge of it, to the point a sixth grader would roll their eyes, may not be the best thing. Stick to what you know.

Well... let's begin. In my experience, it is not the most common mistake. But I will play along.

If you are writing a STORY, you must remember what a story is. The equation is: Plot + Setting + Character = story. The so called three dimensional character is important for two reasons. The first reason is that if you are adding CHARACTER to the equation, it must count. It must be somewhat colorful and entertaining. The second, and most important reason, is that a character MUST have a transition of some sort. It is called polarization. Your main character - sometimes other characters too -must start the story one way and another one. I remember my directing classes at collage, my teacher used to ask "who is the main character in this play?". The trick is looking for what character has polarization. It is a good exercice and you will find out that nor Romeo, nor Juliette are main characters.

In order to provide the change for the character arch, your character must have some essence and a conflict to deal with. Basically, it has a state, a conflict, overcomes the conflict and becomes something different. In most stories, conflict is external. t is weak and wants to be srong, it is a nerd and wants to be popular or it is lonely and wants someone to love. But sometimes the conflict is internal. And both are ok. And you may even have both in the same character.

At the moment you state these things, you already have a dramatic character. Sometimes, writers adds a small thing ot two to add color. Color is something to spice up the character, but not a must to the drama. I always remember "John Smith", from "The Dead Zone". The color for this character was the weird habit of announcing what it was about to do. Going to bathroom, drink water, seekfor smeone, whatever.

It is important remembering that a fictional character is just a fictional character, It must not be less, but also must not be more. Another teacher I had at college once asked class to state one trait for "Indiana Jones" which is not in the movies. And no one could. The reason is because a character is not a person. It only exists in the dramaturgy and its traits may only happen inside the drama. Keep this in mind when designing a character. Stay focused on what is important for the story. If you begin to covey your audience a lot of irrelevant information to the story, just to prove you have designed a three dimensional or complex character, you will be risking an "Info Dump", what is actually one of the most common mistakes in story writing.

Oh, by the way, is not the fact a charecter be one dimensional, three dimensional or five dimensional that makes it move the story. It is action. And action is the key for a good dramaturgy, because we are all looking for a character who sees the problem, acts on the problem and faces the consequences of actions. Passive characters are bad characters. They may be passive at some extense, but not absolutely passive.

In case it isn't obvious, I think this is spam.

"A common mistake is to make characters that serve the story, so you should do the opposite and make characters that serve the story."
Sentences that make sense separately, but not together. Probably taken from a big list of possible tips without human intervention. The link "book authors" points to their ghostwriting firm; and a quick search for backlinks shows that they've posted similar recycled text on a few thousand forums.

Oh! Crap! I didnt see that! Thanks.

Edited the post so it is no longer spam. 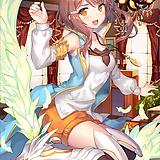 A good story is not just focused on one thing, like the hero went to this journey, fight enemy and won.
You should make the reader feel like he is in the story, talk about how the environment looks like,
what is the weather on that day and how the player is feeling about what happened recently,
input many characters in so your hero can easily have many interactions and create more stories.