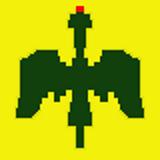 Now too many objects appear in the list: static objects scenario, inventory objects...
I would like to exclude many items...also a container/menu incorporated on inventory (weapon menù)

EVERYTHING appears in the numbered list (when choosing the object)

Solution: if player is carrying the object.... ecc
But it's automatic ... too easy, there's no choice (ex. multiple keys)

You can change how the menu is generated by modifying the verb's script; but this might be a bit of a pain to do. It would probably make more sense to make this a command rather than a verb, which gives you more control.

Basically, a 'verb' is just a command with a default script, which is inherited from the type defaultverb.

That's a cut-down and simplified version of how verbs work; it should work just like a verb, except that you can replace some condition here with whatever restrictions you want, to control whether or not each candidate appears in the menu.

If you're doing this in the web editor and you want to be able to use the "Verbs" tab for the object, you would create "interact" as a normal verb, and then in your start script you would put:

This basically takes an existing verb (which is recognised as a verb by the editor, so it's easy to add to objects), and then changes its behaviour when the game starts so that it will show fewer objects in the menu.

If you want to restrict the list to just objects that the particular object can interact with, your some condition here would be DictionaryContains (object.interact, candidate.name).

In this version, the menu only considers visible, reachable, non-scenery objects in the room. If you want to change this, you could change ScopeReachableNotHeld to ScopeReachableInventory, ScopeReachable, or ScopeVisible