The months' delight by Losersarenot alive in this realm

This game was added to the Sandpit for the following reason: Missing descriptions

Every object in a game should have a meaningful description. When a game doesn't have object descriptions, it is a sign that the game has been rushed, and it will not be interesting to play.

March was the last and the first baby boy.

The game's name: The months' delight

February had a happy mom and dad.

February's dad did a very bad thing, a terrible thing. A horrific thing to the Diné.

The pain was unbearable.

February lost two of her favorite people, her mom, and her sister, February lost an unknown person she knew, her dad at 10.

In a car crash, he was drunk from losing her sister April.

February was moved to January.

Deviation had a happy family.

His dad was a plumber and diné, his mommy a grocer and Sicilian Italy.

Deviation was named after their affair, his dad's side wasn't very fond of Italians, his mom's side wasn't much fond of his dad only.

So his name began, they deviated and dated. They married and made a Deviation from their family's ideals.

Deviation's daddy went to the store, he never came back.

Deviation visits his daddy all the time, but he still isn't back.

His mommy was found to be too sad, she lost little Deviation.

Deviation was planted in his mother, January's heart. 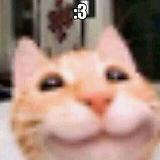 Be careful what you wish for

Integrating Technology Into Your Teaching