Work in Progress
This is my new interactive PR. It is again a micro/macro vore escape game. The predator will mainly want to devour you, it's up to you to survive. If you don't like the vore, then go your own way, you won't like what you find in it.

This PR was much more difficult than the others because, this time, I tried to insert a whole notion of cause and effect. Your escape will now be a simple choice between path A or path B. This time, some of your actions will have repercussions later, positive or negative. Therefore, pay close attention to your choices; they will directly influence your possibilities.

Many players have asked me to try to translate it into English to make it easier for them to understand, so I've been working on that. But the problem is that I'm absolutely not bilingual, so I went through the Deepl website to do all the text translations. I hope that the result will remain consistent, both in terms of the structure of the text and the terms used. I don't know the quality of this program, and only English-speaking players will be able to tell me.

In addition, I have also encountered many other problems with the coding. Indeed, all my texts are filled with codes in order to be able, at any moment, to give the preestablished names of the characters, their races, the choices made, the flags, etc... All these codes had to be exported from the French texts in order to translate them, then reimported in the new English texts, which can generate some bugs. But again, it's quite difficult for me to check them.

Don't hesitate to give me feedback, especially if these texts are readable or incomprehensible. 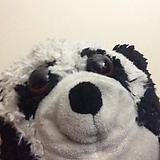 testing if this works 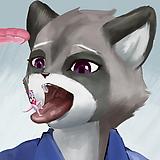