Adventure Story as a game: Chapter 2 by ShadowWhirl

This game was added to the Sandpit for the following reason: Errors

The game or the url contains errors.

Sandpit
So if you have seen the last one, you would've known that a kid named Dominator and his friends Asta, Rimuru and Natsu are on a journey together. You have arrived in Magnolia and if you know anime, you would know that's where Fairy Tail, Natsu's guild is. Anyways, you will have to fight a mini boss in here. Depending on the choices you make, you will fight easier or harder bosses.

P.S, I worked so hard to make this for you guys. I'm going to try to make some other parts to the series and it's basically based off of the anime I watch. So it's like Fairy Tail, Black Clover and That Time I got Reincarnated as a Slime. I'm also going to include some of the other animes I watch into the other parts of the series.

P.P.P.S, I know that the attack numbers aren't exact but I'm putting it at somewhere close, so don't get mad at me scrub!

P.P.P.P.S, Make sure to watch SuperfighterleoTV 2's channel on Youtube.

Hey, creators, can you fix these errors plz. I have no idea what is happening same with my Chapter 1. So can you somehow help. I really want other people to try out my game.
Play online
None yet!
Log in to post a review or comment.
Similar Games 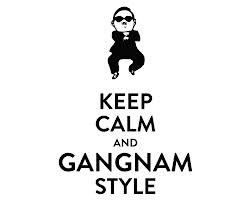