Sandpit
This game is based on one of the top ten indie games, FTL (Faster Than Light!)

The data you are carrying is vital to the remaining federation fleet. You will need supplies for this journey so make sure you explore the sectors for shops and other items before moving on to the next. However, you must reach the exit before the pursuing rebel fleet catch up and destroy you!

Please note this version is just a demo, and the full version has not yet been released.

Choose Your Own Adventure

Average rating
Not yet rated Written by
Aspex101 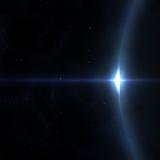