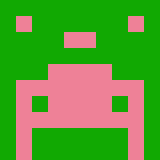 Review for Worship the Pig
ADRIFT veteran Heal Butcher (I don't think there are two Heal Butchers around?) gets all weird in Worship the Pig. This is a hypertext click, look and walk journey through some strange and ornate scenery. The clickable keywords make for a clean and smooth delivery of the experience, with the most commonly appearing contextual menu action being "Look At". The imagery and feel reminded me of one of the David Lynch films not grounded in reality (EG Inland Empire) or of Matthew Barney's Cremaster Cycle. There is no plot to speak of, but there are anonymous figures, a garbed pig-man and crowds who say strange things. It all feels somewhat threatening, like you might be the only sane person wandering in a world of creatures who are freakish or alien to you – though these creatures also have a slavish civility about them, and seem to be following a set of rules that you don't understand. It is unsettling to be amongst them.

I found the prose a tiny bit ripe, but it's undoubtedly vivid and has been well crafted to deliver the experience it wants to deliver. And that experience is more than a little freaky.
(4)
Review for Pest
A review for Questcomp 2013. WARNING - The review will have some spoilers.
.
.
.
.
.
.

Pest has the makings of a thorough puzzler, but is hampered in its current form by a fair few technical and writing oversights. The former manifest as bugs, the latter just make the gameworld that much harder to understand, which in turn makes the puzzles harder to overcome. I laid down my adventure solving tools after what I would describe as the second major scene. I would have liked to continue, but I'd spent a lot of time on the game already, including a couple of forum interactions with the author. Summarily, I like the game's scaffolding but I don't think the building is stable yet.

An introductory sequence in which you flee from an unseen pursuer teaches the use of the various sense commands your rat protagonist can use (smell, listen, feel). The teaching works, but the rat's constant ruminations on his fate while this is going on are mostly at odds with the move to build suspense. There's too much repetition of material, or perhaps the repetition would work better if the player wasn't required to press a key to advance through every line of dialogue, which is pace-sluggening.

Pest needs to go for detail in its physical model of the world because it's about a small rat adequately positioning himself in relation to various people and objects, and interacting with them in clever mechanical ways. The scene in the stone dwelling shows the promise of this kind of thing, with different pieces of furniture at different heights which can be used to access each other, move around the room or draw the attention of its inhabitant, the broom-wielding Matlid.

What's missing from this scene is more exacting programming and prose. The physical relationships between the objects aren't adequately described, and these details are often crucial for visualising / conceptualising where things are and which courses of action may be fruitful. For instance, since the bag was on top of the cupboard, I didn't expect to be able to do anything with it, given that I was on the floor. But FEELing the bag turned out to be a big step forward. Paradoxically, the table is described in a manner suggesting you can get onto it. I never was able to do so, and its description only emphasised the fact that I was on the floor. Other bugs interacted with each other here; I was able to pick up things I shouldn't have been able to (EG the ladle?) and perform one-shot actions twice. I suspect the latter issue might have screwed up my game state.

Quest also seems to offer some real time event scripting, but the import of it wasn't clear to me. I distracted the lady and she moved, which gave me the impression I might need to type the next important action before being told she'd moved back. However, the quick typing didn't work, and I don't know if the timing was the reason it didn't work because I never cleared this scene.

I enjoyed what little I played of Pest, and from what I've seen it promises more interesting design if you like solving physical puzzles when you're really small, but it definitely needs more work on its implementation to reach a level of stability and trustworthiness that will compel more players to persevere. (And ideally to not even be thinking in terms like: 'Should I perservere?' in the first place.)

There are other broad areas which could use more thought. When an atypical command like GO BEHIND (something) is an important way to advance in a game, this fact should be drawn to the play's attention in an introduction, or as soon as it's relevant, not left to an optional help menu. Quest games still don't have a culture of including actual hints in the game. This is probably because the author base is pretty fresh, and a lot of the games aren't sturdy enough for this to have become a concern yet, but the history of IF to date resoundingly says that players will need some kind of hint or advice system in the majority of their games. I appreciate the author's invitation to tweet him (which I declined in favour of a comment back'n'forth) but Quest authors need to start thinking longer term. As soon as you make a game that's decent, it's going to be around for a long time or forever, and some guys might try to play it years from now, and those guys won't want to have to tweet you, even if you are alive (sorry for the morbidity). And they'll have even less patience than we have today. They'll want built-in adaptive hints or something similar which they can get at as soon as they're needed.
(3)