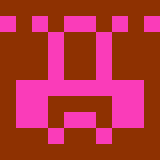 Review for Darkness: The beginning
"WELCOME TO DARKNESS: THE BEGINNING! ONE NIGHT ON A PARTY YOU DRINK A SOMETHING VERY STRANGE AND AUTOMATICKLY YOU START SLEEPING... AFTER YOU WAKE UP YOU ARE IN YOUR BEDROOM, BUT YOU FEEL THAT SOMETHING STRANGE IS GOING ON HERE! THE PROBLEM IS THAT FROM NOW ON YOU LIVE IN YOUR OWN FANTASY BECAUSE OF THE DRINK AND YOU START SEARCHING FOR ANSWERS HOW TO GET OUT OF YOUR STRANGE FANTASY FULL OF HORRORS!"

Nice use of caps lock and 30+ worded sentence with no grammar.

The game does have some puzzles, but is far to easy, and the use of smilies to ugly. At the beginning everything seems normal, exiting you get attacked by a demon and despite being scared you kill them him easily.
(1)
Review for A Train Trip Gone Way Too Far [A]
Retard, plain and simple.

From the intro: "The Egineer has the key to unlock it. But his door was locked by his partner. If you find you can the key to the engineer's door took get a caboose key. The train door is locked as well. Take out the sniper before you get or your toast!"

Love the spelling, nonsensical sentences, and use of 'your' to mean 'you are'. IT goes down hill from there...
(1)
Review for DO WHAT YOU WANT!
I found this game very funny. Thu humour is good. When you enter the Mafia's club, they all point guns at you, but if you show them the Mafia card you found they put them down and give you a gun, telling you to kill people, you can then arrest them all. Other funny things included are cleaning windows with guns and you butler seems to know you toast was poisoned with salmonella straight away.

Only grammar thing I really noticed was '1' was used once to mean 'one', other than that I didn't see any mistakes.
(3)
Review for sword masters 5
No capital letters again. I like the way you must pick a direction to move to escape the blades. Though I'm unsure why they let you work for them because you escaped.
(2)
Review for sword masters 4
No capital letters, there is no real fighting in the game, rather you pick a direction, if correct you've won the fight otherwise you die.
(1)
Review for sword masters 3: fixed and ready to play.
Some capital letters actually put in this time, the sword and shield aren't used though... Getting better.
(2)
Review for Sandbox Samurai
Enjoyable, and clever how to make the weapons. I wouldn't let a 13 year old play it though, because of the 'f' word being in it. No spelling mistakes I can see, though I'd have 'scrapbook' hyphenated and I'm sure 'throwingstar' is two words, other than that good game.

Overall: 3/5. Tips: The 'f' word is not for 13 year olds, don't insult people for speaking to things.
(3)
Review for OoTaS
Capital letters and punctuation are sparse. The story is interesting, a nice simple plot: you're trapped in some tubes and must find the Ocarina then play a song to escape. Once again looking at objects tries to show pictures not provided. The layout of rooms is very confusing, I mapped them out and one room looped round to the other side of the map.

Overall: 3/5. Tips: work on capitals letters and punctuation...
(3)
Review for TimeRift
As a first game, it's not that bad, you can actually lose and win, there's a plot. Looking at objects tries to show pictures not provided. The intro text is done with caps lock, and capital letters and punctuation is sometimes forgotten.

Overall: 3/5. Tips: Play your game to check that the text is all ok, other than that don't say 'it sucks', as a first game it was fine.
(3)
Review for sword master 3
The worst of the three, you start in a room with no exits and no way to get to the other rooms. There's three other rooms, but with descriptions such as "run run", you're not missing much.

Overall: 1/5. Tips: Story? Perhaps but these games together as one to make a longer one? Once again capital letters, and full stops...
(1)
Review for sword masters
The first thing you are shown is:

"You are in camp.
You can go north, south or east.
base camp for 5 brave warriors.
your biggest journey begins.
you will face shadows, pirates and demons.
get ready for the most amazing game created by a 13 year old.
created by eli and jon"

The only capital letters in sight are those quest did itself, not even on the author's name (even a 13 year old should know capital letters by now). The written description is just barely in sentences. And new lines are done after each sentence making it horrible to read.

Head north to "a man is offering a shield." There is no man object, but typing 'take shield' did apparently give it to me ("You pick it up.") but it's not in my inventory.

From the starting room, you can go south... but it doesn't take you anywhere (looking at the code it takes you to a room that hasn't been put in. To get to the 'end' you must choose randomly from 8 exits, only one is right, one will take you back, all others are game over (not no win or lose has been coded).

Overall: 1/5. Tips: Capitals letters, more description, items actually used.
(1)
Review for ryan`s own msn
Two rooms, no way to win (or lose), no plot. First room has a fair description, second has none at all. Also the inroduction text is 'ite welcome to me shiiiittttttttttt game' which is fitting.
(1)
Review for ESCAPE!
I'll go kind as this is apparently your first game: 4 rooms, no objects and you can't actually win, no plot. I like how in the living room you can go both north-west and south-east to the bedroom, clever managing to fold space like that. In order to win you must type 'pull LEVERS by I M A.' (exactly as written), you don't need to be in the room with the 'LEVERS', and this takes you to a room which goes out to another called 'YA WIN!', this room does not exist, 'WIN!" does though... If you do magically get to this room you're given 'YOU WIN!!! thnx 4 playing!'. Other lovely descriptions are 'you are stuck! you see a shelf [...]' (followed by some 'clever' book names), and 'northwest to start!'.
(1)
Review for ESCAPE!-boring edition
Firstly, this game has only three runs. As previously stated, to win takes two turns. I'm giving this 'game' a '1' as it simply isn't even a game. There is no plot, no skill needed; no thought has been put into this, it probably didn't take very long to make, most likely the length it takes to play...
(1)
Review for Escape 2. (also known as part 2)
No comment.
(1)