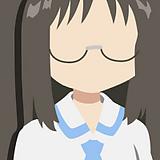 Review for Shrunk at College
Pretty good, but there are a lot of spelling and grammar errors (including in the very first line of dialogue), and sometimes the writing just... doesn't match the actual events. For example, in Liz's route, she called me Nick (not the name I entered), and when she asked how I reached her on the couch, my character tried to avoid admitting that he had climbed inside her shoe... but was eventually forced to admit to it.

I did not, in fact, climb inside her shoe. I didn't even approach her shoe; I climbed the end table and jumped to the couch. It makes sense that multiple routes can lead to the same thing, but if you're going to do that, you can't include references to one specific route. There are also a few spots where errors prevent progress. For example, I was able to find Liz's phone number, and then I found a spot where I'm prompted to text her... but the game fails to load the script for it.

The most glaring issue, however, is immersion-breaking discrepancies with interactions between a person half an inch tall and the human world. At that size, a towel wouldn't be soft or comfortable to lie on. It would be a mass of looped ropes the size of your arm. If you were in a human mouth at that size, even an intoxicated one, they would easily be able to tell that a person isn't a piece of ice; the tongue is so sensitive that it can tell that a single grain of sand isn't being dissolved by saliva and is thus inedible. That brings up another point... why break immersion and give the player the option of whether she chews or swallows you? Why not make the options "try to get to a tooth" and "try holding onto her tongue" or something like that?

I assume the matter-condensing device is used to shrink things to a point that they can be carried without them restricting your movement... but what happens when you un-shrink them? Do they return to their original size, or some other size that hasn't been mentioned? Bobby pins are about two inches long, or nearly twenty-five feet relative to a half-inch-tall person, so would be impossible to use as anything but a very heavy, unwieldy ladder, assuming you could even lift it.

Finally, the most confusing part: motivation. Alright, so the character you're playing as has a size-related foot fetish, that's fine... but his primary motivation is staying alive and getting un-shrunk, right? Three times in Liz's apartment, I was presented with the option of going inside a shoe, and I can't think of a single good reason why. I would understand if, say, the gradual slope and crossed laces of the front of a shoe made an ideal ramp to climb to reach something high up, you lose your footing, and fall inside... but why would you just go inside a shoe with nothing to gain when your life is on the line?

I'll have to play through the other routes to really judge this, but from what I've seen, it needs a lot of work.
(3)