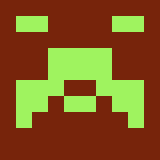 Introduction: Perhaps no one has received this title in history “the king of pop”, now a days many artist’s have arisen and have performed but not as the king of pop known worldwide and in history, has dominated the world of pop as Michael Jackson.
Born on August 29, 1958 to a strict working class family in Gary, Indiana. Michael Jackson has gone through personal scandal, family squabbles and numerous career quakes but Michael Joseph Jackson remains one of the planet's best known figures. Jackson has spent almost his entire life as a public performer. He was the founder member of the Jackson Five at the age of four, soon becoming their lead vocalist and frontman. This implies Jackson has started his career at a very early age to gradually become one good public personality and famous. For this and for other reasons, he deserves praise and to be praised.


Narrative: Michael Jackson was born and grew up in a strict working family in Gary, Indiana, USA on August 29, 1958. Jackson showed an early interest in music as did most of his family. His mother sang frequently, his father Joseph Jackson played guitar in a small-time R&B band, his older brothers often sang and played with their father’s guitar. Soon the family singing group started, with Michael as the main puppet and four of his older brothers. “After all it seemed to be the simplest way to earn money to feed so many kids said Joseph Jackson”. If you can't feed your kids teach them how to feed themselves. Anyway Michael soon outgrew his brothers with his unique talent not just for singing but for dancing as well. Jackson’s father, who is a controlling supposedly abusive father. "My father beat me. It was difficult to take being beaten and then going onstage.
"He was strict; very hard and stern." Says Michael Jackson.
He pushed his sons including Michael into forming a group called the Jackson five. Their group quickly arose from playing local talent shows to landing a contract with the renowned Motown label at the end of 1968. During the early '70s the group became well-known, with "baby", Michael as the lead singer of the group. This talent dragged on for decades and gradually getting better and better, Michael taking the lead and as the main source of income for the family for proving and presenting his talent to many music labels and organizations throughout the years.
Amplification Jackson known as the king of pop, during his formation in the Group Jackson five released 13 albums in only seven years, charted several No. 1 R&B hits, and toured constantly. Michael Jackson also recorded a few solo albums with Motown, but in 1976 the entire Jackson family split with the label over creative issues. Joseph Jackson the father felt the producer Berry Gordy was spending too much time with Diana Ross, and not enough with the Jackson 5. Michael’s decade of music was the 80’s. He was really launched as an adult star with Off The Wall in 1979, collaboration with legendary producer Quincy Jones.
The album topped the UK and US charts and had the singles Don't Stop Till You Get Enough, for which Jackson won a Grammy, and Rock with You.
The 80’s was Michael’s Decade of music because in 1982 he released the very adult album Thriller, the most successful album of all time, selling more than 47 million copies worldwide and winning seven Grammy awards.
It produced a run of hits such as The Girl Is Mine - a duet with Paul McCartney - Billie Jean, Beat It and Thriller.
He landed the largest individual sponsorship deal in history from Pepsi in 1983 and his involvement in the 1984 Victory tour sparked the greatest demand for concert tickets in history.
Michael Jackson had become a myth and as his career headed for the stratosphere, rumours about him started to gain mythical proportions too.
Jackson seemed to do nothing to stop the rumours and got on with his own life, recording Bad, which appeared in 1987. His next release was Dangerous in 1992, which received more critical acclaim than Bad. But in 1993, allegation of sexual abuse was made by a 13-year-old friend of Jackson's, and police were called in.
Jackson settled with the boy's family a year later, for an estimated $20 million, and the criminal investigation was dropped in 1994. He was said to be trying to change his appearance with plastic surgery, to be taking drugs to make his skin white and to be obsessed with his own ageing process. Later on, he would blame his changing appearance on a skin pigmentation deficiency.

Comparison: Michael Jackson is considered to be the king of pop and known with this title world wide. Michael Jordan did it in basketball, Britney Spears did it in the world of pop today but more of a title of teenage pop, but revolving around the king of pop no one comes close to Michael Jackson in pop music as he has the talent, dance moves, experience and all what it takes to be given the title “king of pop” and be very well known worldwide by all ages.
Conclusion: Michael Jackson suffered through his childhood and managed to work his way up to become very famous and known as the king of pop music till the year of 2004. He started his career early which built gradually making him what he is now. Pop music and Michael Jackson are one, and he holds many achievements and awards. For these qualities Jackson deserves all the praise for his talent and skill in pop music.
(1)
Review for Firefly Mission 1
I love this game!!!!!!!!!!!!
(5)