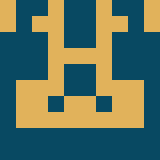 Review for Haunted Horror
Yo this game sucks, its not finished. WTF?
(2)
Review for On Time
I need help!!! yes im hopeless but how to do you use the phone to call people? I'm still stuck in the building!
(4)
Review for Killer Syringe
Poor little Steve Gendron (author of Killer Syringe). Just make a second game that's better than this one. It won't be too hard really.
(1)
Review for Killer Syringe
hahaha...we welcome Steve Gendron. Author of Killer Syringe.
(1)
Review for Enterprising
This game kinda sucked, because, well, firstly, the errors. Man oh man, the errors. And the commands didn't much make sense. And...Oh yeah! It sucked!!
(1)
Review for MagicSword Part 1: Legacy of Earth
"can you please tell me what to do in the opening area"
Blah. I have asked for the same since 2003 under another name, and noone have given an answer yet!

Post a walkthrough someplace, for Gods sake!!!!!
(1)
Review for The Adventures of Koww the Magician
Even though it is very short,
it is very funny and entertaining,
and i simply like it.

If you (the author) some day plan to make a new version,
please make it a little longer would you?

Then i would give it 5!
(4)
Review for Omega: Code Nine
I can't see a reason to call this a "Game".
Not even "Project"
It sucks so badly, it makes me sick.
EEW!
(1)
Review for MagicSword Part 1: Legacy of Earth
yeah this game s-u-c-k-s! how do you get stuff?boo!how do you speak and whats with the guy that says"I see it!!!."?
BORING!*thorws banana*
(1)
Review for MagicSword Part 1: Legacy of Earth
Enh..
This game S-U-C-K-S.
It's impossible to get into any of the training rooms,
you can't talk to your teachers, you can't leave,
AND HOW THE H*LL CAN YOU GET THE F*C*ING STAFF?
(1)
Review for The Mansion
All I have to say about this game is "WOWSA!"
(5)
Review for Go to the toilet!
Whoa! This Game almost blasted me off my feet! Mr. Creator,Keep up the good work!

PS.
(I'm obviouly not called Blade,It's just my nickname!)
(4)
Review for Enterprising
ytjtytyjytyt
(5)
Review for Team Aurom's fight and other side quests
this is a good start but the descriptions are crap and give no extra info and the fights are a no loose certainty! ANd i got stuck because your stupid game didnt give me any fists so i couldnt fight in the training place! fit these and ill give it a 5/5!
(3)
Review for House
I give it 2 stars for two reasons. 1 what is your quest? 2 you can get trapped in the place with the shovel and switch.
(2)
Review for Cheese Adventures
This game is totally useless! I get stuck in the second room. As far as it goes this game sucks on ice.
(1)
Review for I Rescued Elvis From Communist Alien Jerks
Look I don't know what you do in this game? Yet people say its good so I'll give you 3 stars or dots whatever you call it.
(3)
Review for The Devil's Bargain
The sound effects were brilliant! Yet the game was too easy! I mean really! And what does Ni Ni Ni mean anyways?
(4)
Review for MagicSword Part 1: Legacy of Earth
This game is one of the greatest games I've ever played. I loved it, except for the part when that Oggi Woggi plant fights me and I can't get through that stupid forest!? I wonder how you beat the game??? Though it is very outstanding!
(5)
Review for Assassin
It was great yet the map was awful. It was tough to get around if you know what I mean.
(4)
Review for Spectrum
It is more like 3.5 but I gave you the 4. It was good except it was rather challenging! Good job! Advice: Don't make it so confusing!
(4)
Review for Kingdom
The idea was good yet it was extremely boring. Well we do need more strategy games I guess.
(2)
Review for Green Light
The game was very great with the menus and all I couldn't help but give it 4 outstanding stars.
(4)
Review for Konikomo: Island of Darkness v0.4 (Demo)
Too short and couldn't get into the only fight that was promised...
(1)
Review for House
wtf, this game is crap
(1)
Review for Earthquake! and Earthquake! 2
WHAT!?!?!? This game is one of the best in the archive! I has good game design and the idea is very funny...! I beat it after a while of thinking and looking at it in text pad...
(5)
Review for Love Song
Okay... I do not think the game is fantastic but eh... I am feeling rather hyper today, so i couldn't stop hitting the down arrow. After 2 months of leaving this game to its self i found the answer to get ot of the forest! after you get the girl to the waterfall you must type strip at the waterfall... after that the game gets TONS easier and better explained

recomended by I (although that insults the game)


Jim Jones
(5)
Review for Assassin
Great game! it has alot f what i look for in a game.... fighting, long descriptions, good discriptions, lots of objects, lots of rooms..... ect. ect. I like it.... some stuff that was sorta bad... but otherwise great!....

Jim Jones
(5)
Review for Breaker
When you leave the starter room, you're locked out. It's quite annoying.
(2)
Review for Evil Work
this is the worst game ever...
(1)
Review for The Hobbit: Vol I
This is a stupid game, man even my fist game was better than this!!

(1)
Review for The Hobbit: Vol I
BAD GAME!!!! THis game is awful it is nothing like the real thing I have seen the cartoon five times and it is poor compared to the cartoon. But I am goningto give it a good rating Just so you'll play it and see how dumb it is.
(5)
Review for Posh's New Year's Eve
This game is a total waste of time, it took me a total of 10 seconds to beat this. Not worth the DL.
(1)
Review for Posh's New Year's Eve
Umm... this game sucks.