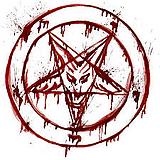 Review for Shrinking. School Project.
This game is alright in its mechanics and premise, but is lacking in some of the more important areas. The most alarming issue for me is how anticlimactic the endings are. While I've only gotten a few endings, it seems that most of them range from a few lines, to a small paragraph, which makes me less interested in finding the rest if they're all so tragically short.

I reccomend extending the endings to include more detail. They seem to be largely dialogue, which is a shame since they are already so short. I'm still in the process of finding the rest, so we'll see how that goes.

If writing isn't your strong suit, I could help out. I've attempted to make several vore themed textadventures, but have either lost interest in the premise, or gotten frustrated with using Quest software. I'm quite deft with a pen (Figuratively since I use a keyboard) so DM me if you're interested in any assistance in that regard. I'm not looking for payment or anything, I just have a lot of free time.

Anyway, keep working to improve, and I'll be looking out for updates on this.
:)
(3)
Review for game of size V 1.0.4
Don't let the star rating get you down, I'm just being honest.

The bones of a giantess story are there, yet it's missing the basic foundation of a textadventure.

Conventions:
Grammar, spelling, and overall presentation could use a LOT of work, as it's hard to extrapolate much meaningful story from the few paragraphs you have.

Storytelling:
There's not much of a story to be told, but it wouldn't hurt to give an introduction. Moreover, it's a shame that most objects you can see do not have proper descriptions. It would also go a long way to improve the death scenes to be more detailed, so as to keep the reader occupied, however cleaning up the grammar should be your first and foremost goal.

Gameplay:
It's hard to navigate through the world since the environment does not seem to be crafted in a conventional way, and thus your only way of getting around is the UP, DOWN, IN, OUT, and sometimes the compass is used. This makes it mostly a shot in the dark, and you don't have many choices to make, despite showing many differnet objects your character could potentially explore. There are also sections where you can get trapped, with no choice but to restart.

I'm only really writing a review for this because it seems the creator reads them, and perhaps could learn from this, because I'd like to see more textadventures suceed, esspecially in this genre.

Keep working at it, friend.
(2)
Review for Lemon Simulator 2014
"Do you know who I am? I'm the man who's going to burn your house down! With the lemons! I'm going to get my engineers to invent a combustible lemon that burns your house down!"

Even though I can't seem to find a way to do *exactly* what I want, it still has so much promise that I can't help but be excited. Looking forward to the next update, well done!

(5)
Review for School Giantess
This game is decent, but it is absolutely FULL of spelling and grammar mistakes. Are you a non-native speaker, or... just young? (I hope you aren't TOO young...) Regardless of your excuse, the writing is hard to read for a English nerd like me.

Thankfully, you are in luck!

Just take all the written dialogue and text, and paste it into Grammarly. It's a spellchecker that will make sure your writing is much better, or at least get rid of the MANY spelling and grammar mistakes.

If you don't wanna use Grammarly, that's fine, but you NEED to fix the spelling errors ASAP or this game will suffer greatly. As a Textadventure, it should be your number one priority, in my opinion. You could also do well with a bit better pacing, and dialogue, but based on the current state of the writing, I think you should take it slow.

Here is the link to the Grammarly website. It's a FREE chrome extension, and it's amazing!

https://www.grammarly.com/?q=brand&utm_source=google&utm_medium=cpc&utm_campaign=brand_f1&utm_content=76996511046&utm_term=grammarly&matchtype=e&placement=&network=g&gclid=EAIaIQobChMI0oH574qR3gIVFsDICh35MANcEAAYASAAEgLvcfD_BwE
(3)
Review for Quest of the tiny (V0.3)
I'm giving it just under a perfect score, even though you earned a perfect score. Here's why: Because I'm an asshole.

But for real, this game is great. By far the highest quality textadventure I've ever seen, but to be fair, I'm no connoisseur as I only have played vore themed textadventures. But as far as vore themed ones go, this is near the top of the list, at least as far as it's polished looks go.

The game-play is why the game doesn't get a perfect score from me. It suffers from the same problems as an almost identical RPG maker game, shrinking fun. I guess great minds think alike, y'know?

The problem is, even though both games are a almost solid A, it's the gameplay that irks me a bit in both. It just kinda feels too hard for the genre. The RNG is pure agony, and the actual gameplay is pretty lackluster, but that's probably because I'm just not a fan of turn-based RPGs. I mean, I'm not saying I don't like a challenge in games, but ehhh... when I want a vore game I just kind of prefer an interactive story, rather than an RPG. I just kind of exhausted all of the vore textadventures it seems, because I can't find any more.

TL;DR I suck at this game, the RNG is annoying, REEEEEEEEEEEEE!