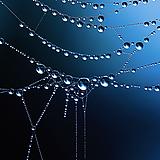 Review for Time Quest
That was way too short and overly simplistic!
(3)
Review for Criminal Catcher
I think the writing wasn't all that great and there were too many times you had to click something pointlessly. That gets annoying! But it's an interesting idea with some fairly clever puzzles
(3)
Review for Atlantis
Was this written by an elementary school kid? This is written so poorly
(2)
Review for The Cosmonaut
Very meaningful story. Only problem is that it's barely interactive at all so maybe it should've just been made as a regular story
(4)
Review for Threehole Hospital
LOL, really funny but it has lots of grammatical, spelling, etc errors. It also freezes all the time so I could never finish it
(4)
Review for Galaxy Defender
All the branches ended so quickly. Kinda disappointing :-(
(3)
Review for U Novu Mondu
Very well-written & worth the time to read. Just wish there weren't so many deaths!
(5)
Review for Man Vs Monster
Well-written & I like how you have a button that lets you go back one page/choice
(5)
Review for Sanrekhit
Very interesting and unique. There are some typos but overall it's written well. Is there a "true" ending to this or do they all loop back to the beginning?
(5)
Review for MoonBaseX
It's definitely better than average and well-written but the ending was too abrupt. There was also a problem with text not showing up at one point, the font you use for the choices is too dark to read against a black background, and there were very few meaningful choices here other than the obviously wrong ones.
(4)
Review for All Roads Lead to Rome
Well-written and interesting but short
(5)
Review for The Virulence Protocol
Short but well-written!
(5)
Review for Choose your own adventure- Star Wars
Pretty damn funny but all the options basically led to the same thing so not that great as a CYOA. Plus, really short
(4)
Review for Would you have survived the Salem witch trials?
This is one of the best CYOAs I've read on this site. I liked seeing how all the branches played out--very intriguing
(5)
Review for Mi viejo escritorio
Interesante...muy curioso
(5)
Review for Escape From Jurassic Park
I really liked this CYOA based on Jurassic Park altho I thought some of the choices were too obvious as to which was the right one
(5)
Review for The Lion King
This is unfortunately not well-written and too short and simplistic to be something I could recommend
(2)
Review for Dolores and the Cave
I was expecting this to be like The Descent but found that it's more like the interaction between Batman and the Joker. I was a little disappointed by that but I can still appreciate that it's a well-written story
(4)
Review for King-for-a-day (sort of)
Well written and funny. I really enjoyed this. It was 20 minutes well spent! I also appreciate how you added the checkpoint system which really cuts down on the frustration of getting back to where you were after reaching a dead end.
(5)