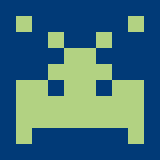 Review for Forgoten
If you want my opinion, just read bjbest's review, which sums up my thoughts presicely. One thing I like, though, is its sense of... I dunno... atmosphere? Something, anyway, gives a slight thrill to playing this game. Otherwise... why do you have to open the oven? Why do you dream of cheese? What's with all the bodies?
(2)
Review for Cheese Adventures
I have to say that this game is quite worth playing, although... there is no point. But otherwise, it is good for some laughs, and the description is legnthy (if in-your-face). I think that a game, built off of this one, that takes place within the cheese factory with more rooms, puzzles, and plot would make a sure winner.

Lows: Too short, lacks plot (but who cares?! Download it).
(4)
Review for The Adventures of Koww the Magician
This game and the 'Cheese Adventures' are both winners for the same reasons, but unlike the cheese game this one has legnth (in comparison, anyway), plot, and puzzles. It is hilarious and I advise trying to take, speak to, and look at everything, even inanimate objects that you can't speak to, just for the sarcastic responses.

Lows: The game is for an older version of Quest and there are some compatibility problems, but otherwise NOTHING!
(5)
Review for Kingdom
If I could give this game 3 1/2 stars, I would, but I can't. I thought the game was very well thought out and made good use of the YES or NO interface. However, descriptions were not very long and commands were too long. For instance, 'send knight to village2' can easily be substituted with 'knight to village2' or even 'knight to 2.' Also, 'visit village1' might work better than 'travel to village1.' This game was fairly occupying, however, and does present a challenge to the player.

Highs: Easy YES or NO interface, well worked out effects of desicions made by the player

Lows: Short descriptions, long commands.
(4)
Review for The Lazst Resort, Part 1
Well, the author of this game seems to be an active reviewer as well as a genius game author. I have found this game to be my favorite on this site, with humor, description, and even music. It is difficult but not impossible to solve, with a little thinking involved (now how do you make a compass?). It has an intriguing plot and a large map, with well-developed characters and interesting items (of which there are very, very many). I think it is worth the download time, which is larger due to picture and sound files.
(5)
Review for The Devil's Bargain
A very cool game. Also very funny-- although the introduction gets old after a few times.
(5)
Review for Fade to White
To the above reviewer who gave this one star: You just didn't do the right thing-- try typing hint to get to the rest of the game.

Anyway, I think that it is a fabulous game, with incredible description and well-developed characters. Gameplay is very engrossing-- when you have a choice of what to do, you always want to know what the other way would have done after you click to go one way.

Pros: A very cool game with a unique story and an experianced creator.

Cons: The print is too small (but who cares).
(5)
Review for The Legend of Cyrn
This is a fantastic game-- it is fun to play and it keeps you occupied for more than a measly ten minutes (like some of these games do). The potential of this game is amazing-- I can't wait to see the full version. I only had one problem and that was that in the very beginning, in the house of learning, almost all the rooms are named the same thing and all the scholars are named the same thing, so I would get confused as to where I was. This problem was too small to lose this game any stars, though.
(5)
Review for Adventures Of Tenchi Muyo (Demo)
This game has a great, cheery atmosphere and is very fun to play. However, there is really no objective on the whole. It really means demo when it says it, because I explored the full potential of the game in about ten minutes.

Cons: Annoying red and black color scheme, and Washu's test (you'll see if you play it). What's the point of the test?!
(3)