I just joined today. My only experience in programming is limited to a few elaborate command scripts, but even that was enough to teach me to imagine problems and fix them before they exist.

So, I am building a game with a surface map of 100x100 (10,000 rooms) to be recycled on other stories, but it seems to be too much for this game. It is well structured and well organized, but I have gotten to about 3,000 rooms and the program is really slowing down.

that's not that much data... unless you got a lot of other or sub Objects/Attributes.... hmm....

Are you talking about using the GUI/Editor to create your game, or with actually playing your game?

(if it's just the GUI/Editor, you can always just work directly in code)

I've created two games with 64 and 70 locations. Both are relatively large games (over a day to play) and use the Quest map facility to avoid the player having to draw a map. There are many good games on the site with fewer than 30 locations. It's maybe a good idea to look at games you like and analyse those before trying to create a game.

Are you just making a map that you can build onto later? I don't see the point in that.

Game maps are about location, location, location. I made an RPG/maze hybrid, or a dungeon crawler I guess, but the maze supplements the game and makes it harder (and more likely the players will die). Now, there are strategy games like Final Fantasy or Dragon quest, but those are mostly game strategy (and story). I am sure there are better examples of battle strategy games as my dad played them and I played, well, attempted to play, one one them, but I don't know their names.

My point is it depends on the game. Although room number doesn't matter.

I was trying to create a sandbox rpg template that i could recycle for multiple stories or epic expansions. It was organized with objects as folders and subfolders; around the 3000 mark of only creating rooms (copy and hold ctrl+v), it went from instant room creation to one room about every 2 seconds and got exponentially worse. Which prompted me to ask why. Here is how it looked, broken down into groups of 100 rooms... 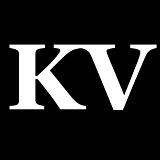 The Quest editor is just bogging down while trying to keep up with all the changes you're creating, I bet. So you can UNDO those changes...

Okay, I wouldn't actually bet on this, but I totally theorize it.

I do know that I need to restart the editor after I've added 'so many' things to the game, or it will run slowly (and sometimes freeze up).

Yea. It might just be my laptop too. It's not the best.
I just started over with a 10x10 map for 100 rooms and began writing my story.
I found that writing has made me want access to every word in existence to provide more options for the player. So I collected over 5,000 words in excel, but it is obviously too much for little ol' me to handle. So now I want to create a word manipulation program that can also manipulate letters.

Now I need to learn to program /sigh. So I found a recommended path of study. I am starting with programming vocabulary. I think I might have a problem with goal triage. Building a pyramid and sweeping the floor are equally as important in my mind.