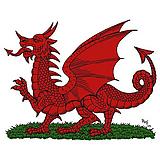 This topic was going to be called 'Permanent entry in game tree'. But I don't think that's possible, but I'll leave the original question in place, just in case.

Is there a way of making/adding a room/object, so when the quest program is loaded the room/object is already there, without having to go into 'Library Elements' and copy the room/object into the game.
I'm thinking something along the lines where 'room' and 'player' already exist in the game tree.

I hope I've made clear what I want to do.
I tried adding a room/object to a library, but then had to copy the room/object into the game anyway.

New Question:
In a library, is there any way to adjust the height of a stringlist box and fit a scroll bar onto it. So it doesn't take up too much space on the screen.

For clarity, I'll use this example from the NpcLib