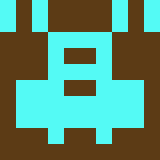 Review for Lumberjack's Quest
I pretty much feel the same as Carlii does about this game. It's not bad, and the forest maze in the beginning is quite tedious since you have no way of knowing where to go. It's pretty much trial and error, and looking at the room's name (forest1, forest2, forest3, etc). I pretty much lost interest in this game since there seems to be not much thought to it, though I like the idea of the Imp constantly appearing and giving you riddles (even if they are quite easy). The author also forgot to include the map as you are shown a picture of a map... but an error comes up since he forgot to include it (and the path is wrong). Besides, it's in BMP form so the download would be longer than it should.

Anyway, it's a start, but unfortunately I'll never finish it.
(2)
Review for Catacombs
This must've been one of those quick whip-ups in that it's not really an adventure at all. Simply find your way around the maze, solve a few puzzles, and you're pretty much done. It's okay, and I actually finished it (doesn't happen much when I play these games)!
(2)
Review for Peasant Quest (Demo 2)
First off, note to author: Save your pictures in GIF format (you saved in BMP). Bitmap makes the download way too big. One picture is 134KB when it could be like 1 or 2KB in GIF format! Anyway....

I wish the DEMO were a little longer and fixed up better. Because it was so short, I wasn't able to really realize what I was doing or where I was going. I was also getting confused, such as when I had to go down a hole, and from there I ended up in a canyon. The game also had a few bugs, grammar mistakes, and overall just didn't get my attention. Hopefully the author could spend more time with the full version before it is released. This isn't the worse game I've ever played (there ARE really bad IF games), but it really didn't catch my attention either.

(2)
Review for MagicSword Part 1: Legacy of Earth
I'll have to disagree with the above two posts and give this one a 3/5. It's far from being a 5, and it doesn't quite deserve a 4. However, I feel this game shouldn't receive any less than a 3 in that it's one of the best games in the archive so far. Though it may not have much of a battle system, the whole idea and thought is quite intriguing. And yes, I believe the Hallucination Forest in impassable. I tried, but to no result.

Anyway, good overall game. All it needs is more depth, make it less linear, and let us pass the Hallucination Forest:-)
(3)
Review for Wanderer
This game is actually very good. The intro story hooked me, and the places that you visit are interesting. However, this game lacks "spice" as far as I've seen. There really isn't action or puzzle solving, but rather aimless exploring where you don't know where to go or what to do (it's like wandering an outside maze of paths). There are some spelling errors (which I don't care as long as they're not that bad) such as "castel" instead of "castle". I often found myself dying or in impossible predicaments when I least expected it without any warning, such as being killed by orcs or not being able to move due to a fast beast.

All in all, an average game. I found myself bored too quickly as it lacked that extra icing lots of text games need.
(3)
Review for The Adventures of Koww the Magician
After seeing that this game got 5/5 from two people, I had to check it out. After playing through the entire thing, I'd have to agree that this may be one of the best in the Quest archive. It's short and not much of a full fledged adventure, but it works great. Lots of great humour, lots of nice puzzles, and not confusing at all. If only this guy were still here and could create a huge Koww adventure!
(4)