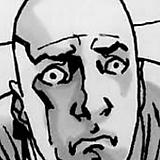 Review for Hello, This Is the Suicide Hotline
Alright Kids,

Let's look into a day in the life of someone who is far more altruistic then me,

There's a lot to enjoy in this short game. You play as a volunteer for a suicide hotline and your job is to prevent a lady's suicide. Unfortunately, the game is really short and you can go through all the choices in about 10-15 minutes. The maker of the game does a good job of making a game where it feels like there are stakes and they cover a lot in what little game there is. One thing that bothers me a little is the period question mark in, "Abuse.?"The line when you win is perhaps a bit cheesy, and personally the picture confuddles me. It's more of a "Where did she shoot herself, the splotch of blood on her head doesn't look like a gunshot wound." and "Why is the splotch there if it isn't the gunshot?" It raises a couple of questions about the (Possibly) Schizophrenic lady with daddy issues.

To summarize, it's an enjoyable game that you wish would be longer or have more calls. The maker, Shirogane, did an excellent job, especially with this being their first game. I encourage the maker to make more games in the future.

To quote, I Know Why The Caged Bird Sings, Page 8, “Lemme have a hunk uh cheese and some sody crackers.”
(3)
Review for Night House
Alright Kids,

Let's Look into this wonderful game about a house. AT NIGHT.

Well, this game had a lot of good in it. The sounds were nice. (When they had it), and the game gives good descriptions about most rooms, keeping in pace with the narrative and atmosphere. The story is pretty good, but the twist is fairly obvious right away and perhaps a bit cliche. You still get invested in the story. So much of the game play is good, the map is a wonderful inclusion as is the compass and inventory. Overall, a good game with a good story, what's not to love?

Good question, and one with apparently three answers. First, lots of people are complaining about a time limit. I saw no time limit, but I was and remained, logged in throughout my entire run through of the game. Now the second problem isn't with the game itself, but rather, with the guide. The walkthrough/guide only really helps for certain bits of the walkthrough and the majority of the time, that wasn't what I was stuck on. What was I stuck on, you may ask. To that, I reply, I was stuck on the section where you put the blood on the decoy, not because I didn't cook the meat, but because I didn't type the right command. Multiple times. My third and final problem with this game is the type here box. I got stuck constantly trying to type in something it would accept. It only takes very specific phrases, and I wanted to give up several times because I knew what to do, but the game wouldn't let me. This is the game's weakest spot. And it's also how you get lore and backstory, but it makes lore, backstory, and any other time you have to use the type here box incredibly tedious.

To summarize, it's a good game, but be very specific with the type here box. It's the scariest part of the game.

Now, I need to go take out the trash. AT NIGHT.
(4)
Review for Teen Suicide
Alright Kids,

To summarize, it's like someone combined Big Rigs Racing and Rebecca Black's Friday, sucked out all the enjoyable parts and made a text adventure game.
(1)