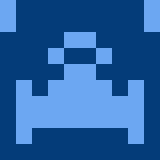 Shrunken at a Club

Review for Shrunk at Starbucks
this sum 🔥🔥🔥🔥🔥
(5)
Review for A Shrunken Business Trip
Technical issues:
- The stocking has a "tear" option that does nothing.
- The woman's waistband still has a "take" option.
- When at the woman's feet on her bed, the description implies her feet cannot be interacted with, but you forgot to implement the feet.

Grammar issues:
- During the death from climbing her lips, a space is missing between two sentences.

Opinion stuff:
Your game is very good. It's mechanically simple but that's fine, it's just a start and my game isn't much more complex anyway. I have tried to egg people in my Discord into making a game about office women because I love them, so this game is very fricking epic.

From how you write, as well, I think you might be a fan of my game as well? I write other stories under the name Juliet if you know me... if you do then I hope my praise means enough to keep you working on your game.

Good work.
(5)
Review for Shrunk at College
The user below fancies himself a bit of a critic!

If you hate feet then I strongly recommend you avoid this game. Do everyone a favor by also not leaving a review informed purely by your own personal bias or distaste toward feet.

I don’t care for feet yet the technical quality of this interactive is clearly on another level compared to anything anyone else on this website (making fetish games) is doing. The dialogue is, at times, poor and cringe-inducing, but a heavy emphasis on unaware means that dialogue is only rarely shown, and usually by the choice of the player. Therefore I don’t indulge in it.

Regardless, the ambitiousness of this game is enough to earn it high praise. If you want to marvel at its scope then I recommend you do, but if you’re sickened by the large amount of feet then skip AND don’t leave a 1 star review. You’ll only look like a biased idiot.
(5)
Review for Tiny Thief 0.17 (A shrinking Game)
Aside from a lot of typos, this is a very good game. The grammar is fine but you might benefit from proofreading.

I hope that your game expands from here, as you practice more you'll likely become an even better writer and make something really awesome.
(5)
Review for Shrunk at the Pool
Beneath the several technical issues that show a general lack of polish on your game, it also unabashedly copies mine!

Technical problems:
- When creating a new object, click on the "object" tab. At the bottom you'll see "display verbs," click the "take" option and delete it if the object cannot be taken.
- Always add a description if you add an item, if it says "Nothing out of the ordinary." when examined then you forgot to add a description.
- If you create an object, make sure to change the prefix to match. If you have an unnamed woman, like a latina, on the "setup" tab find the "type" option and select "female character." For the most part those options will automatically assign proper prefixes and you won't get stuff like "you see a black" anymore.
- After going east from the spawn point, you have to go... east again? to get back. Change the exit to west.
- At the snack bar counter, both down and south will let you exit the table. You only need one exit.
- There are a variety of entirely pointless objects with no examine or options to interact, like the working woman's waist. Why? Don't include them.

Writing issues:
- Very blatantly racist character names in the "black" and "latina" character. What? At first I thought this was a simple fix but racial descriptions are deeply engrained in almost every description throughout the game, even whenever you're dying in the working lady's sock the game feels it's needed to remind you how Filipino she is.
- Some grammatical issues here and there but hey that's nothing to trip over dude it's still exceedingly above average.
- You really went off and copied my whole shit and didn't think I would notice I guess? The effort at which you've gone to mimic my writing style is absurd. There's so many proveyed-isms in here it's insane, what with the calling the character pathetic when they die, emphasizing irrelevance upon digestion and even "swamp ass." Damn! I'm the bitch with the sauce, apparently.

I want to flame you harder so you should join my discord. It's on my game page. Maybe we can be friends after you explain yourself. Hope this review helps.
(1)
Review for Shrunken Victorian
given this is a fulfillment of my ideas, the game is exactly what i asked for. i hope itll develop from here
(5)
Review for Chat-Snap
wish i could rate this game 6/10

a certafied classic game. lets be honest: this game is what ulysses was TRYING to be.
(5)
Review for Shrunk in a Dorm
legemdary to this day, pls update
(4)
Review for Kira
epic but u gotta make the commands visible bruh

could this be the dark souls of giantess text adventures
(3)