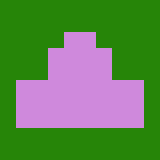 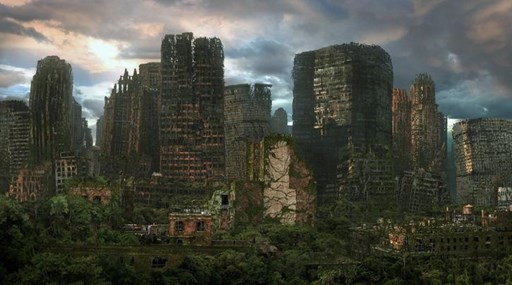 Review for Heliacal Hostility
The following is a series of first impressions with this game, and a little bit of explanation for why these things were issues. For your first game, I think you did okay, but there are a lot of things that keep the game from being playable for me. It looks like you have potential though, so please take the following, not as an insult, but an opportunity to make yourself more awesome.

You are in a darkness.

“You notice your body has felt numb up to this point, but feelings slowly returning with a jarring sensation of pins and needles lightly touching your skin.” Read that out load several times and you will see what is wrong with that.

“you cringe as the brightness assails your eyes, unaccustomed to such an intense illumination.” This sounds like you made a sentence, and then looked at a thesaurus for bigger words. Mark Twain once said (paraphrased), “The difference between a good word and the perfect word is like the difference between lightning and a lightning bug.”

Up until this point, you don’t put much spacing between paragraphs. This is hard to read at the moment.

This is the first room that I can enter, to the west. It has no description.
“
> west
You are in a Technicians workshop.
You can see a fish bowl, a duct tape, a pipe hosing, a plastic garbage bag, a boxcutter knife and a mess of wiring.
You can go east.
“

Not a big deal in the big picture (I make plenty of these errors, but you gotta’ try to catch most of them), but they add up.

Here’s something that bothers me a bit,
“You somewhat haphazardly combine all the items you've gathered. Using the entire roll of duct tape, you attach one end of the pipe hosing to the fish bowl, and you duct tape the other end into the plastic bag. the fishbowl helmet fits snugly into the snaplocks in your engineering suit. with this equipped, you have a fully-functioning internals breathing device! It should be good for a couple minutes oxygen, at most.”

This device is used by the player to pass through an area with no atmosphere; a vacuum. The power of a vacuum cannot be contained by duct tape. No amount of duct tape will keep air from escaping, for one. Not only that, but a person needs a full suit when entering a vacuum, or the human body will begin to literally fall apart – expand and rupture. One of the most critical parts of science fiction is to make your story and its plot devices plausible.

Also, If I wear the rebreather, and then throw it away, I can still walk right into the vacuum, and the game doesn’t realize that I am naked and walking around in an area with no atmosphere.

“You're pretty hungry. The nutrient-rich water in the cryopod supplied you with enough nutrients to keep you alive, but you dont remember the last time you had some real food. You should probably find something to eat before progressing.”
- Ok, you keep calling this a cryo-pod, or cryostasis. Cryo means frozen. One cannot receive nutrients from the water that surrounds them is that water is frozen. So we, the player, were suspended in a nutrient-rich liquid? Then it isn’t actually cryostasis…

“> look at coffee trolley
Nothing out of the ordinary.”

There’s also a keypad in the same room with no description.

I could go on and on. This game looks like you made it in one go, and didn’t really attempt to test your own game. Maybe you tested it to make sure it could be played to some extent, but everything else looks like it received no love.

Good luck and I hope you update the game, because it sounds like it deserves a good chance.

What I Liked:
- Excellent descriptions
- Excellent grammar. I saw one error throughout the entire game, where "door" was spelled "doo" (this is huge as I have simply stopped playing most of the other highly-rated text adventures because the author doesn't know even basic grammar.)
- Great puzzles; they were complex, but the only time I got stuck in the game was when I tried to figure out how to read the journal. I tried everything except for "read" and was stumped as to why I couldn't "open" it. lol

What I Did Not Like:
- The music and most sound files; all they did was annoy me. Most others seemingly liked them, but I had to take my headphones off, otherwise the sounds would have made me quit the game.
- The ending; although there wasn't much story before the ending sequence, the result was disappointingly convoluted, although I am pretty sure I know what happened. I think I would have liked more story before this story dump.
- Why would I inject foreign liquid into my veins? Injecting water into your veins can kill you (since it's not the right Ph), much less something else.