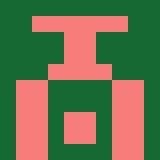 Review for Mystery Quest
The game was fair, however, it had a few minor negative aspects to it which kept it from gaining a higher rating. The effort put into this game was obvious however, and if the same amount of effort is used again, this game could easily gain a five out of five.

Overall the game is good, but could have been a bit longer; some alias use could have helped at 1, or 2 parts of the game. But despite the minor room for improvement, the game was fun and worthwhile.
(3)
Review for Uncle's Mansion
This game is quite sloppy with a lack of a serious design. It seems like an interesting train of thought went off the tracks and crashed-again, this game showed some promise at first but quickly proved otherwise.

First of all, there are extreme amounts of places to go that are simply unecessary. Having rooms there for decoration can be all right but if they are too excessive, they are just annoying and distracting. Also, almost none of the items had description, which made the game plain and even more confusing. With all the excess rooms that are not needed in the gameplay (that are clunkered full of objects) they do not even provide descriptions to help the atmosphere. They are just...there which is just a burden for the player.

This also lacks a plot and careful path of design. A second version could possibly make this game a much more entertaining experience. For a second version, there will hopefully be less objects, the game will be easier to maneuver and not just appear as a gigantic maze, and more of a plot will be thatched in.

With the lack of thought put into this, the maximum it is worth is a

1 OUT OF 5
(1)
Review for Team Aurom strikes back
Instead of making a sequel, you should spend time cleaning and debugging your first game, first of all. Second, this game has a bug that keeps you from playing it.

The game starts with asking for your name, then taking you into a room that has no exits; however there is a "Rival" there. After speaking to him, you "attack" him. Once you defeat him, however, there is no way to leave the room and no other object to approach. You are in a room with no options to you. Strangely though if you type "Attack", even though "Rival" has left the room you still myseriously fight him for some oddball reason. But anyway, there is no way to continue the game.

This game is over after playing it for 1, 2 minutes. It needs some serious fixing. No matter how much effort was put into this, I can not give this more than a

1 OUT OF 5
(1)
Review for LockedUP!!
This game is utter confusion and chaos. There is no plot-you are in a cell for no reason whatsoever, which, o so conviently, has a sword, machine gun, and some oil in it. Also, a dragon is waiting to be slayed by you; very illogical thinking that doesn't add up to a plot but adds up to disaster.

There are no descriptions in this game. I hate games with monologues for every object, but this game has no descriptions whatsoever. There is a poor design and doesn't let the player truly "get into" the game.

Not that this game doesn't have potential; its concept is not too bad (trying to escape from a cell) but it just is too bare and poorly designed to truly stand out. With some serious revision though, there could be a good game here, but for now, I can not give it more than a

1 OUT OF 5
(1)
Review for Team Aurom's fight and other side quests
Although this game is not quite as dreadful as David made it out to be, it's not nearly as marvelous as Matthew made it seem. The game is not 100% terrible because there was some effort put into it, but it has a good set of flaws that keep it from getting a higher rating. I questioned giving it a 3 since there was effort in this, but effort alone does not make a great game.