What's everybody working on? 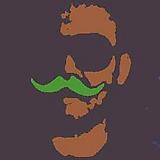 I don't know about any of you guys but now i'm furloughed i might finally have chance to finish my first game. Is anyone else out there using this unfortunate situation to create a little game? What are you working on, anything fun? :)

Trying to progress on Xanadu Part III. Slow and steady...

I know the feeling - my little project was just supposed to be a test to try and get to grips with quest. It's sort of grown over the years as i picked it up and put it back down again. Few hours here and there.

When this all started, I headed into a couple of intensive weeks enhancing a game that had already been released (Woo Rebooted: http://textadventures.co.uk/games/view/dsi4artkceuko4rslaxzlq/woo-rebooted). It was a great distraction, and the results have gone down well, but it looks like I'm going to need quite a few more projects before this is over...

Haven't been working on any games since winter, but this spring I made not one but two authoring systems, and both are successful for a change: a lightweight CYOA editor compatible with Twine 2, and a revival of my old CYOA template for HTML5, a single web page you simply edit and put your own content in to make a new game.

(Edit: typo)
A recent thread has prompted me to pick up work on a huge javascript thing that I started for my Easter game (I think 2 years ago?)

But because I was building it as a structured framework, that would make it easier to implement other systems. Like allowing the placesobjects and/or inventory panes to be displayed as 'classic' (list), 'description' (when the room description reaches the top of the page, it stops scrolling and sticks there, and the "You can see" line changes as objects are added/removed), 'icon grid' (that has its own post), and 'indented' (with or without expand/collapse buttons). But then I think… there's a second, independent set of options there. You could have the pane-style "verb buttons", or give them a popup menu like object links in the game text. Or you could have a select style (so you click a command in the commands pane and then an object to use it on), or "Monkey Island" style, where selecting objects in the sidebar just types them in the command bar (so you can click "put in" in the command pane, "stapler" in the inventory, and "drawer" in the placesobjects, and it types "put stapler in drawer" in the command bar, ready for you to submit it by pressing enter or doubleclicking the last item; or you could select/deselect items to change the command before sending it.

And then you've got the option to 'pop out' containers (creating a new objects tab for an open container; so you could have "Inventory", "Objects", and "Backpack" separate tabs; possibly showing a wait pointer and sending "put X in Y" commands when an object is moved.
(Hmm… if I can get multi-object displayverbs working (having "put __ in [container]" or "use [inventory] on __" on the displayverbs list) then it would be reasonable to have a verb menu pop up if the player drags one object onto another. That would make the UI a little more intuitive)

I'm not sure how long this will take. It's all easy code, but writing it all (while not breaking mobile) would be quite tedious. So I've been putting it off for ages.

But… that's what I'm working on Quest-wise right now.

As far as other projects… I'm trying to get my author rank back up both by making a different book free on Kindle every week (currently A Dozen Comedies, but I think I'm going to start Inside The Box tomorrow); and also announcing that if anyone reads my books on Kindle Unlimited this month, the proceeds will go to Cavell Nurses' Trust, so people signing up for a free trial can read my books for nothing, and give money (½¢) to charity for every page they read.

And I'm spending a lot of time making a series of videos, How NOT to Write a Novel, charting my progress with Camp NaNoWriMo. Each video is usually 10-15 minutes, but editing them frequently takes a couple of hours; I never realised how intensive a task it would be. And in case people haven't seen enough of my face, I'm also doing a half hour every day on Twitch, streaming my efforts to play old games (currently on Magicland Dizzy).

And… stuck at mum's house, as I was visiting when they announced this lockdown and I think you're not supposed to use trains unless it's essential. So going for lots of long walks too :) I've set myself a challenge to see as much as possible of the area around here, without ever repeating a walk or crossing one of my previous paths. It's proving quite a challenge; I've put up some videos on relive.cc, and I'm challenging my dad to guess what my rules for determining the route were. It's great having so many places to walk where you don't see a single person.

Mrangel, started watching your videos on "How not to write a novel". It is nice to put a person to the name here on the forum. Snagged your book on Amazon, "A Dozen Travellers" and looking forward to reading. Are you marketing your YouTube channel and books? You could contact online book reading clubs and offer them a link or even a free copy for their members. The greatest novels will sit unread until some kind of marketing is done. There are a lot of reading websites online and you can join a hundred of them and they will let you plug your books. A great way to get feedback from actual readers of books. Don't be shy about it. You can't sell vacuums if no one knows you sell them. 😁

mrangel: like Forgewright, I'm very pleased that the videos revealed who was behind the mask! And this also give me a chance to say how grateful I've been for your expert help over the last couple of years. It seems amazing that you have such knowledge without apparently developing any games? ...apart from a fragment in 2018?

Also, like Forgewright, I'd encourage you to put everything into promoting your books now that you have a relatively large body of work. A month spent on another book won't make nearly as much difference to your profile as a month on blatant self-promotion. It's a perfectly respectable activity.

Even before the pandemic hit, I've been creating a framework for future projects for a series of games I have planned. I had a nasty habit, back in the day, of starting new projects and having to awkwardly clone things over from old ones before I could really get going, at which point more often than not I'd lose steam on the original idea!

So, the framework is simply a baseline foundation I can clone to create a new RPG from whenever I want, once it's done. Containing my 'glow/flow' combat system with status effects, special attacks based on equipment, weapon modification, crafting, weather system, economy system, hunger system, condensed side-map, hacking game, lockpicking game, status pane, etc, etc, etc.

It's something I pick up, do a good chunk of, then step away from for a while. Recently I've been implementing a new RPG grid style inventory system starting from a grand total of 0 Javascript experience, for which MrAngel has been a vital help! (In the same manner that pulling someone from the path of a speeding train then building them a house is technically mere 'help'.) Progress on that can be seen in the main quest forum, it's pretty much ready for use now.

I've been working on a private game (yes, sexual themes) for a large body of supporters. Once the next version is out, I'm going back to "StoreyMinus", my modern dungeon crawl.

After it's release a while ago, I hadn't played for a bit. The time away was good because when I played again, I realized the combat system was draggy. I know a couple of small changes I could make that would really improve things. Also, I'm interested in adding sound effects and music, so that's in the works.