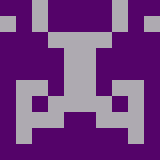 Review for Shade
This is "Interactive Fiction" in the truest sense of the words. This isn't about solving puzzles so much as it is about continuing to explore and keeping the narrative moving forward. For this reason, the game can easily be completely in just 1-2 hours, depending on how leisurely and thorough your rate of exploration.
This game is also utterly gripping and completely terrifying. This is the kind of game that will keep me looking out the sliding glass doors onto the balcony in the middle of the night expecting to see Pennywise the Clown standing there; not because this game has anything to do with Pennywise the Clown what-so-ever, but simply because it's that intensely frightening and that's what I do when I'm scared right [email protected]#$less.
The ending is truly bizarre as well as thought provoking. What exactly does "Shade" mean here? There are several different meanings to the word and it seems like more than one could apply. Trying to work out the mystery of the narrative is a major component of the experience and warrants repeated playthroughs.
Sometimes I'll play a really good IF or text game and think, "I could do this!". It's games like this that really leave me in awe and make me feel like I'm standing in the shadow of a giant. This is true literary art from one of the most celebrated authors of Interactive Fiction. I would encourage anyone with sufficient bravery to play through this one at all costs. This is indeed quite the impressive work!
(5)
Review for Choose Your Own Adventure: Journey Through Hollywood
This is actually pretty good, as far as choose-your-own-adventures go. I liked the Plain White T's reference, although I hate that song. Laughs were had, and I felt compelled to put some thought into my decisions. This game kind of comes off as a mockery of Hollywood, which is cool by me. This is one of the few games of its type that I've played on here that doesn't belong in the Sandpit with the rest of the baby games. Games of this type are welcome.
(4)
Review for Eating Simulator
Waste of time... NEXT!
(1)
Review for Violet
This game is alright but I've played a lot better. The premise is interesting and some of the puzzles are cool, but it can also be really frustrating as well. The first two hours of the game (about how long it took me to solve the first two puzzles) were probably the best two hours, which explains why it was able to win the IFComp, considering the competition is solely based on the first two hours of play.

I want to give this game a 4, but it just falls a little bit short. I would encourage a dedicated IF fan to give this a try, keeping in mind the things that I mentioned. You should be able to solve all of the puzzles without any hints, except for the "get the pen" puzzle, which seemed a bit out of left field. I feel like some of the solutions I tried for that puzzle should have worked and actually made a lot more sense. As mentioned, the "i"/"inventory" command causes the game to crash and the save function doesn't seem to work. If you want to play this game, follow these instructions for downloading it, courtesy of ifdb: http://ifdb.tads.org/dladviser?id=4glrrfh7wrp9zz7b
(3)
Review for Camp Woodchuck
What a weird game. At least it had an actual story to read though, unlike a lot of the games being made of this type. It was a fun adventure.
(4)
Review for Snack Quest.
Delightfully stupid game. This is one of my favorite games of this type which doesn't require you to actually solve any puzzles. Short... sweet... amusing.
(3)
Review for Dream That Got Boring So You Woke Up
Wow. This IS indeed a very boring game. Mission accomplished I guess!
(2)
Review for Whitefield Academy of Witchcraft
Really, REALLY great game! So far, I've only attempted a dozen or so, but this is by far the best game I've played through Quest and through textadventures.co.uk. Actually, it's one of the best text adventures I've even played, and I've played quite a few. Initially, my expectations for this game weren't too high. The title seemed somewhat generic but interesting enough to give it a try. Wrong! This game was anything but generic. It was very clever, verging on innovative at times. I think a big part of what made it successful was the intriguing story. It really kept me going through tough spots where I may have given up had I not felt so invested in the story. It was a really hard game, and yet I felt like I was basically in control, which helped me persevere. The game logic was sensible and the command format was consistent, allowing me to put faith in my logical processes and to have confidence that I wasn't just "typing it in the wrong way". I felt fully able to interact with the environment which is absolutely crucial.

If there is just one questionable aspect of the game design, it is the fact that some objects are listed as objects and other objects are NOT listed as such. I understand that there are benefits to both systems, but I feel like it needs to be all or none. There is an implication that non-listed objects cannot be interacted with in any way, which in the case of this game is entirely misleading. Luckily, I have enough experience with these games to experiment and make sure before making that assumption.

Infocom could have easily sold this game for $60 a copy back in the early 80's, and yet, this game is far better than a lot of those old "classic" Infocom games in many ways. I got this feeling throughout the game that the author really wanted me to keep playing; a feeling I never really got from the Infocom games. I felt like the extensive dialogue and description of events was inviting me to "Keep playing, keep playing, because things are going to get interesting!" I felt like the author was saying, "I've spun this interesting story and these vivid characters for you, so I'd like you to keep trying so you can get the full story."

There is a certain type of excitement that you can get from an adventure game, whether text or graphical, that you can't really get from any other type of game. It's the leg slapping, vocal outburst in the middle of the night, neighbors slamming their windows, "I FINALLY GOT IT AND WOW IT MAKES SENSE!!!" kind of excitement. This occurred for me several times over the course of playing this game, which in my book means it deserves an A. Really well done! I really recommend this game and I can't wait to play more games by this author.
(5)