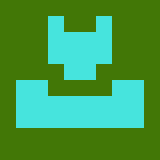 Review for Where's Annabel?
This one had an introduction at least, though the author
(1)
Review for Cabin Fever
As with Dr Froth
(4)
Review for Assassin
With my thirst for appallingly crap games satisfied
(2)
Review for The tavern
I must have been bored because recently I played an awful game and then, a few days later, I found myself wanting to play another. Now I could have been guaranteed a real stinker by picking one of the Sword Master games, but instead I decided to take a gamble and try a game by a new author. This ran the risk of me stumbling upon a decent game by mistake and being forced to write a review that was positive instead of negative, but I figured my chances were about 90/10 in favour of getting a truly awful game and about 10/90 in favour of getting one that was half playable. As it happened, this game fell firmly into the 90/10 category.

My god, but it
(1)
Review for Doomed!
The last game by Gamer (great name for a game writer by the way) unimpressed me so much I just had to try another. Has he improved since the masterpiece of game writing that was
(1)
Review for escape 2
The description for this game reads, and I kid you not, â
(1)
Review for Hungry Goblin
Blurb: "Feed the hungry goblin. This is a demo and not very big yet but is actually a complete unit. Treat your aim as "get into the tavern". Game runs out there!"

Descriptive Level
Descriptions were a little more verbose than most Quest games, but only a little. The game might go from a reasonably decent (by the standards of the last few Quest games I've played anyway) location description such as

YOU ARE IN A NARROW TUNNEL.
THERE IS A POINTY STICK HERE.
YOU CAN GO EAST, WEST, UP OR DOWN.
THERE IS A FAINT SMELL OF GOBLIN HERE. THE TUNNEL SLOPES UP TO THE EAST, WHERE THERE IS A SMALL GLIMMER OF LIGHT, AND DOWN TO THE WEST, WHERE IT GETS DIMMER.

YOU ARE IN A CAVE ENTRANCE, BY A SWAMP.
THERE IS A FEARLESS DRAGON-SLAYER AND A CAMPFIRE HERE.
YOU CAN GO EAST, WEST OR DOWN.

Now the first makes an effort to add a bit of depth to the game (and succeeds), the second doesn
(2)
Review for Lands of unknown
Blurb:
(1)
Review for One Robot
Blurb:
(1)
Review for Get Out of The House!
I started this game fully expecting to give up within five minutes (a common thing when playing a Quest game) but I actually found myself quite liking it. It's not perfect - a long way from perfect in fact - but it's amusingly written and has some nice touches and seems, for the first time, to be a Quest game that might actually be worth playing.

Most static (non-moveable) items are described which is a refreshing change from other Quest games I've played, although unfortunately most of these descriptions are lacking in depth and often last for no more than a few words. The description of the TV is quite unusual in that it says "it's a TV
(3)
Review for Killer Syringe
A bad start to a bad game left me shaking my head in dismay. Bad spellings mar the game: poisen, corridoor, gaurds... Good grief, haven't people heard of spell checks? Or dictionaries? Or learning the English language before attempting to write a game?

I persevered a bit longer. I wish I hadn't bothered. In one room I was told "Bum and Hat are here". What - an actual bum as in someone's rear end? Or some beggar? Turns out it was a beggar. The game advises me to kill him for no other reason than he doesn't have a gun. Great morals there! Unfortunately I wasn't able to kill him as the "kill" command hasn't even been implemented.

This is the sort of "game" (for want of a better word) where you really have to wonder what was going through the writer's mind when he wrote it.
(1)
Review for Enterprise
Oh dear god.
(1)
Review for Posh's New Year's Eve
Pointless would be the best way to describe this. The "game" (for want of a better word) understands a whopping five commands and you aren't even able to examine your surroundings.

It wasn't even vaguely exciting, although whether this is due to how poorly written the game is or the simple fact that I find Posh about as sexy as a slap in the face I couldn't say.
(1)
Review for Enterprising
Sorry to say but this was dire. Am I playing the same game as the other two people who reviewed it? If so, I must be really missing something because I found it to be terrible.

The standard of writing was the sort of thing a five year old would have been embarrassed at and most of the time it seemed to make so little sense that I found myself unable to keep playing it. The descriptions of the various characters in the game really left me wincing at times. An example:

"No really he's dead Jim, he is in one of those new insta-freeze chambers, your currently looking for a place that can bring him back."

Bad, bad, bad.
(1)
Review for Team Aurom's fight and other side quests
Well, I finally got round to playing this "game" (for want of a better word) and wish I hadn't bothered.

1 out of 5 (and I'm regretting the fact that an option for giving worse ratings isn't available)
(1)
Review for Uncle's Mansion
Another appalling waste of space. Descriptions were practically non-existent (even when you're standing in front of something you're told it isn't there) and the game just was unable to hold my interest for more than a few minutes.

I imagine even the game's writer would struggle to find positive things to say about this.
(1)
Review for Mystery Quest
Descriptions were sparse for the most part and the standard of writing wasn't, to be honest, very good at all. It wasn't a complete stinker of a game and was fairly easy to make progress with but I really couldn't recommend it to anyone.
(2)