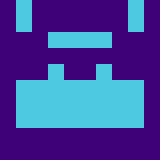 Quest
Get Out of The House!

Review for Romancing the Throne: King's Quest II for Text
Hi Crispin, this is Steve Lingle. I came out of hiding and was flattered that you mentioned me in the game intro. I'm glad my King's Quest V text game inspired you to create this. I played your King's Quest 2 for a bit and will continue again when I have more time. I enjoyed the layout and descriptions. I played until Hagatha did me in. hahaha... will definitely play again. 5 stars.
(5)
Review for The Mansion II
Wow. A very interesting and sometimes complex game. I thoroughly enjoy the details like the maps and the potions. Putting the computer together was awesome. I
(5)
Review for Burglary!
This was pretty cool. At first, I wasn
(4)
Review for Lands of unknown
Right off, the game is slightly difficult to begin because the background is black and the words are blue. Despite that, I carried on.

Pros
-Two paths to choose from in the beginning.
-The blue pendant and volcano puzzle.


Cons
-Black background with blue font.
-The room descriptions are awkward (You are in Right door of murder) (You are in Ocean part 1.)
-The first puzzle of the game (if you walk east from the start), the object is called
(2)
Review for Hungry Goblin
I did not play through the entire game yet. I do not have a lot of time to devote to playing/figuring things out. If a file is a CAS file and I find problems or am stumped, I generally stop playing after searching and trying things a number of times. I think I will actually try to get through to the end of this one due to it's playability.
It was an interesting and well put together game for the most part. I liked the troll bit near the beginning. However, I am not 100 % sure but I think you can screw up the game to where you have to restart if you don
(4)
Review for One Robot
Some of this may be echoing the previous review but...

This was a fairly fun game despite a few grammatical errors. The main problems with this game are a lack of descriptions. There are parts where the descriptions are there and are helpful. There are other sections (the majority of the game) where there are no descriptions. I am speaking of descriptions of the rooms that you may be standing in and most importantly, descriptions of actions that are happening when you use an object on another object. For instance, from the beginning of the game, you are able to use weapons on things. If you use the weapon on the appropriate item, your weapon and the object that you attacked simply disappear with no description of what happened.
This happens throughout the game.
The puzzles were not too hard. Some were too easy. The district area was overwhelming at first because every available exit had been used (n, ne, nw, etc
(3)
Review for The Last Detective
I wouldn't call this horrendous as the last person suggested.

HOWEVER, if you want to see an example of what colors NOT to use as the font and background of a text adventure, this is where to look. I literally got a headache after a minute or two trying to read the pink on neon blue background.

It looks like the game was semi thought out. Suggestions, ditch the Harry Potter questions at the beginning of the game and definitely allow for commands such as north, south, west, east.
(3)
Review for ESPER: The Secret of Drom Bennacht
Overall, this is a good, playable game. It is well written and easy to follow.
There are a few noticable errors. Thankfully, spelling is not a big issue here. In fact, I only noted one spelling error as I played the first time. I think the word "poosibly" shows up in the Master Bedroom.
Aside from that, here a couple issues that are a bit more important:
The description in the Captain's room is incomplete.
The bookshelf surprisingly, can be picked up. I'm sure that's a simple oversight.

There were not that many. I'm sure there were one or two more but I don't recall.

steve the gaming guy
(4)
Review for Mitchell Quest
Good overall. Good programming even though it lacked the ease of typing commands. can o schlitz could have been much more easily typed as 'beer' for the player.

I've gone through a lot of the game. The tunnel doesn't make much sense to me though. I've lit the torch but can't get through the tunnel. Mapping it out seems to be pointless. I've mapped over one hundred rooms but to no avail.

Anyone care to help?
(4)
Review for On Time
This game is very well written. I've discovered it was mostly hand-coded which is impressive.
There are certain parts that are difficult only because the puzzles are tough.
The only reason why I give this game a 4 instead of a 5 is because there are certain sections of code that seemed to have been left out or deleted in transfer. An example would be in using the cell phone. When I looked at the code in QDK, there is an IF/THEN statement (in the call menu) that shows something along the lines of "If player has 555-666-7777 OR OR" and the ELSE statement says "print 555-666-7777". I don't know what the OR OR was about.
If there is a way to complete the game without the cell phone working correctly, I'm not sure. I haven't finished it yet. I have played a few times to see what I can find.

Warning for all realistic-minded people (which I am not), don't surprised to find you end up meeting an Elf, Yoda, the devil and God himself in your travels. And don't forget to make a wish! (or two)
(4)
Review for Killer Syringe
Sorry. Demo or not... This game is similar to a load of random writing. The commands don't work which you are told to use. The spelling, as indicated several times in these reviews, is more than bad.

You can take the wallet and the key even though you can't see it before killing the old man.
In fact, you can take any object without killing the person who is holding it.

You cannot win even following the walkthrough...

Really consider re-writing this game.
(1)
Review for The Lazst Resort, Part 1
I don't like giving 5's out unless it's definitely a great game. This game is, by far, the best game I've played on here. At first impression, I thought it was going to be another dumb hack but if you pay attention, it really turns out to be well done.
I had played originally for only the first few rooms and set it aside for a long time and then went back to play through it. Nice puzzle ideas. The strangest one was the string and the tube, though. It wasn't all that clear. Other than that, pretty good.
The amount of procedures and variables that are running through this is mind blowing. It must have taken a long time to write.
I wouldn't mind seeing a part 2 (even though it's been 2 years since the first one)

Unfortunately, there are non-creative dull-minded people like Jim Jones who rate good games a 1 (December 2002)

5 out of 5
(5)
Review for Gumball Gary Leaves The House
I'm giving this one a 3 for effort.

Instead of a long description of what I turned up, I will simply say it is a short game. Explore it for a while and when you give up, look at the code in QDK. After that, you may still not be able to figure out how to complete the game.

I don't know if it works to its completion. I'm not trying to beat the game down. Bottom line, the game needs more description of why you are playing it. All I could make out of it is that you're a kid needing a job and a girlfriend.

There's an interesting puzzle or two.
(3)
Review for Enterprising
I'll give this game at least a 2 because I took some time and looked through the commands in QDK to see what exactly this author was trying to accomplish.
I found a few errors that stops the game part way through. I don't know if the author tested it or not before posting.

Regardless, I changed a couple things and although there were still some bugs like duplicating some of the females, I was able to make it through and have sex with the entire crew. Man, I'm tired now.

The reason for the low score is that there are bad spelling errors. The story doesn't exactly lead you correctly. And I only made it through because I'm a very patient man.
(2)
Review for Enterprise
As far as the story goes, this game is probably just a 2.

Yes, there was bad spelling and such, however, after looking at the game in QDK and seeing that at least some amount of thought went into the way it works, I'll give a 3 for effort. I thought it was somewhat creative to be able to choose if you were male or female and what the game thinks when you do choose male or female. This also goes for the choosing of what profession you are. I thought it was a decent effort at using the string variables.

(3)
Review for The Mansion
This was a good game. I enjoyed many of the puzzles including the security shutters which I am proud to say I figured it out on my own.
The maps were a nice touch as well.
Only big error keeping it from going to a 5... The weird statue (or whatever it was called) when it is used in the dining room, a second weird statue appears but it seems to be a game glitch. I forgot what the puzzle was exactly, it's been a few weeks since I've played it. It's the room near the front door of the house (one or two rooms to the right).
(4)