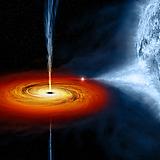 Review for House of the Raven
Bits and pieces of this are... not helpful. It's a good game with a fun story that might belong more in the horror genre than it does fantasy, but there are parts where the game becomes difficult to play. If you miss a certain detail, you might not examine an object more closely, which could lead to you missing a very important piece of the puzzle. That irks me, honestly. There are two times I can think of where it did this, though there might be more (my game froze): the zombie and the wax figure.

Overall, I thought this was fun. There's a lot of mythology in the rooms as well, and I really appreciated that. It was a cool touch. It's also pretty difficult. Honestly, I got stuck quite a few times. Some of the puzzles didn't immediately make sense to me, but that was probably because I didn't completely read all the descriptions or forgot details.

A few things I didn't like:
-There's nothing that tells you what direction stuff's in (like the bedroom).
-There are a lot of katanas for absolutely no reason.
-There are like no choices.
-There are no zombie ninjas, and the zombies don't really attack. You can't call a game Zombie Ninjas Attack and not have any zombie ninjas or attacking.
-The grammar wasn't good.
(2)
Review for ELSE SCHOOL
Um... The whole thing was rather confusing. Who am I? Where was I going? Why are there ghosts attacking me? Why did a school, with absolutely no idea of who I am or what I'm doing, allow me to enter and eat dinner with them? Why didn't I notice any ghosts? I didn't know I was hungry enough that I became stupid and unobservant. Why are there ghosts in a school? What kind of school is this? Why can I just run anywhere I want to in the school?

There was no actual story. You start out with a flat tire and then a ghost appears because you don't know how to change it and you run away. You enter a school, eat dinner, and almost get killed. There were very few details (really just the basic minimum).

This isn't scary. It's not a horror game (unless you count how horrified I was at the grammar, "story," and choices). It's also not finished, which makes the entire thing even worse.
(1)
Review for The Haunted Manor
It's interesting..? The comments from the creator are the best part of the game. I think it'd be better if it were longer, but it wasn't bad.
(3)
Review for The Evil Within
It's... a good start?

I thought I was actually going to play a game, but this is just a demo version. Put that in the title.
(2)
Review for The Hospital Apparition
I love the story and all the possible ways to die. The only reason I didn't give this a five star rating was because there was no way to go back slightly rather than start the entire story over.
(4)
Review for Literary FNaF fan game
I think I died a couple times... But hey, I didn't actually stay dead.
That was pretty awesome! Not super long, but hey, it's quality over quantity, right?
(5)
Review for First Times
This game was challenging at times, but amazing. I liked the different endings, and how some things stayed the same in all of them. There were definitely times that creeped me out, like when the character was in the booth and the woman came out. The sound effects there were especially nice.

At times, the game would freeze and I'd have to refresh the page and start from my last save point. Also, it would've been nice to know where we were, just to get a better idea of who we are and what we're doing.

And people, if you play this on the internet (IDK about the app), you can save. Take advantage of that!
(5)
Review for One Eye Open
Oh my god, this was an amazing game! It was rather difficult at times, and there were some parts that didn't make a ton of sense at the time, but were (for the most part) cleared up by the end. I liked the fact that you could get different endings, and that if you saved just before you went into the testing room, you could probably get all those endings.
I feel like I missed something, though... I had a typewriter key at the end that I never did anything with.
(5)
Review for The Farm House (On The Road Part 1)
I liked the characters. There wasn't a huge plot in this, but if you continue the series, you could definitely spin an awesome story. Please write the next one!
(5)
Review for The Things That Go Bump In The Night
It seems like a good game, but it kept crashing, so I wasn't really able to tell.
(3)
Review for Zombolocaust
That was fun! I liked the different endings. Is the sequel out yet?
(5)