Mystery
Spectrum is a challenging game where you walk through a maze collecting treasures and dropping them off at a certain place. But there is more to it than that... as you progress in the game more and more of another conflict reveals itself...

I liked it!
I do agree with B.J. Best's comments from 2002.
Finding objects, hidden in the desciption is teadious.
Tnx Mocha Man and Eager Elmer
(3)
Review by braden

I liked the game( although I used cheats when it was in quest 4.0;) ) AAARRGH! Oh, wait that sounded like a pirate not aargh
(4)
Review by GAMER!

This game was good. How did you manage to map out the maze? Anyway the one part of the game I found really annoying is when you have to take items that aren't in the object bar. I got all the treasures and got to the next part of the game but I discovered you needed the cat from the cat room. I had to restart the game. This game however was very dificult and give this game a 4. I really I'd give it a 4.5 but You can't so I'll give it a 4.
(4)
Review by Anonymous

It is more like 3.5 but I gave you the 4. It was good except it was rather challenging! Good job! Advice: Don't make it so confusing!
(4)
Review by cyber_slut1

i found this game interesting at the begginning but now i seem to be wondering aroumd every room and i cant seem to ind all the treasures!!this is confuseing the shit outta me.....but i give this game 3 stars cuz it has a good plot and its fun for a while den getz harder...and another thing thats annoying is every game i have downloaded here is one of the text games that u just move arond and shit with no pictures or anything!!and i downloaded that other game too called timba or some thing but im warning you now DO NOT DOWNLOAD IT !!! IT IS THE MOST GAYEST GAME AND IT TAKES AGES TO DOWN LOAD NOTHING EVEN MOVES ITS JUST PICTURES OR STUFF AND WEN U CLIK THE ARROW IT CHANGES TO ANOTHER PICTURE OF A GAY ANIMAL AND SHIT!!!!!!!i was really dissapointed in that game......anywayz ur probably bored of reading dis now so bye bye
love from
tamara xoxoxox
(3)
Review by CodingMasters

This game is one of the best ever! It is excellent and very good. I would love to know how on earth you mapped it out.

A very ambitious game, complete with a large map and excellent descriptions of rooms and objects. The spectrum motif is used nicely throughout the game.

There are essentially two parts to this game: collecting treasures in the maze, and then dealing with what happens once you collect all of the treasures (I don't want to give away spoilers). Collecting the treasures isn't very difficult. I found drawing a map to be tremendously helpful.

I found dealing with the post-treasure-collecting part to be frustrating. The game promises that while you're collecting treasures a deeper conflict will present itself, but I found this aspect of the game to be rather underdeveloped, feeling tacked on, and it deviates from the central rainbow theme, which made the game enjoyable up to this point. I think there's plenty of rooms in the maze where the setup for the final showdown could be built upon, and I'd prefer to see it involve only the spectrum concept.

This leads me to my other big concern. In order to beat the game, you need to take a few objects which aren't listed in the object window but rather are in the room description. Now, admittedly I'm opposed to this way of finding objects from the beginning. But asking a player to wander around an approximately 40-room maze, with each room very well-described and featuring, on average, at least one potentially takeable or otherwise interactable item per room, and then asking them to figure out exactly what they're supposed to take seems unfair to me. I'll even allow the author to "hide" two items that are related to the "deeper mystery," but the one item that gets you out of the looping hallway seems very arbitrary. If the author wishes to not put the objects in the object window, I think which objects the player needs to take should be made a little more obvious in the game's storyline.

Ok, I know I've spent a lot of time critiquing the game, but on the whole it is very well done. The idea is solid, but I feel the post-treasure-hint gameplay could use a little tweaking. Still, I think people will find this game quite enjoyable. I rate it 4 stars (good).
(4)
Review by Rubber Duck

It was great playing this game. I want a sequel! It brought back memories of the famed xyzzy adventure...
(5)
Review by Eager Elmer

It was a fun game to play with grea tdescriptions and lots of rooms. Reccommended by me.
(5)
Review by kool is josh

I thought it was very good except there was one time where I had to type HINT because it didnt give any indication of what to do. Otherwise i likd the description and thought it had a pretty big map.
(4)
Log in to post a review or comment.
Similar Games 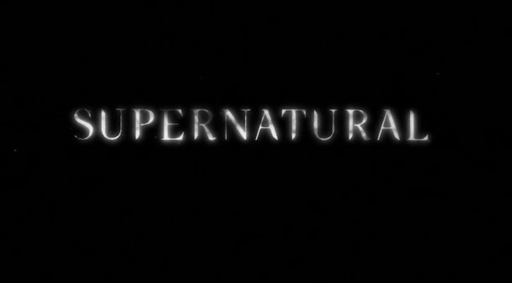 Syrup of the Blackest Soul

Electric Disco at the White House