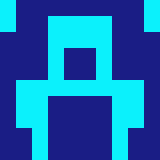 Quest
Do what you want 1.0 working version

Quest Not yet rated
Realm of chaos 1.0 demo

Quest Not yet rated
Rising Blood

Quest Not yet rated
Doomed!

Quest
DO WHAT YOU WANT!

Review for Mario is Missing 2: Ultimate Quest
This game is awesome!
(5)
Review for Forward and Back
This game is good. However how did you make it? I'd like to see the code.
(5)
Review for hero's and zero's part 1:punisher vs predator
Andrew instead of just critasising other people's games make one yourself.
(4)
Review for Riddle Run
This wasn't a bad game. However there was one part that, in my opinion, was impossible. The 4th riddle isn't the most obvious riddle ever. Even though riddles aren't meant to be obvious. If you just give the only clue "it's not grass." then how do you know what it is? I give this game a 4.
(4)
Review for Mario Is Missing 2: The Foes
This game was good. I am looking forward to the next part.
(4)
Review for Escape from the House
This game was good for a first game. I actually found some of it a bit difficult! I give this a 4 out of 5.
(4)
Review for Spectrum
This game was good. How did you manage to map out the maze? Anyway the one part of the game I found really annoying is when you have to take items that aren't in the object bar. I got all the treasures and got to the next part of the game but I discovered you needed the cat from the cat room. I had to restart the game. This game however was very dificult and give this game a 4. I really I'd give it a 4.5 but You can't so I'll give it a 4.
(4)
Review for War of Hyrule Castle
This game is great! The puzzles were good and I liked the story line. I wish the game could have been longer though. I can't wait for the sequal!
(5)
Review for ESCAPE!-boring edition
Sorry but I really don't like your game! There's no story line, no puzzles, no point to the game what so ever! It's so easy! I know this is your first game but you could of at least had some objects or had a door to open. I give this game a 1 out of five. Sorry about that but maybe you'll make some better games in the future?
(1)
Review for Escape The House 2!
This game is so easy! I completed it in about a minute. At least this game is better than "escape 1" and "escape 2." I think the ending was well, let's just say not very good. I give this game a 3 oujt of 5.
(3)
Review for Black Forest Part 1: Winterside
This game is good. I've only played a tiny bit of it but I allready know it's good! The only problem is that when you look at an object a menu comes up showing you what you can do with that object. This makes the game a bit easy, but I'm not saying It's really easy. I give it a 4 out of five because of the objects and when you look at and the menu's come up showing what you can do with the BLA BLA BLA!

Anyway good game!
(4)
Review for Sir Loin 2: The Phantom Dennis
This game was really good. I didn't like the ending though. Orther than that really good game.
(5)
Review for I Rescued Elvis From Communist Alien Jerks
Examine the cot then take the cot leg and use it on the mirror.
(4)
Review for Assassin
I really liked this game. There are two things that are stopping me from giving the game a five out of five. The first one is that I don't liek the ending. The second thing is that I think the game's too short. If you make another maybe you could make the game longer.
(4)
Review for The Mansion
This is one of the best games I've played on this website. I give this game 5 out of 5!
(5)
Review for The Lazst Resort, Part 1
I'm stuck. I type "hint" and it says that you have to do what clue 2 suggests, but it's is just a bunch of letters. Can the author of this game please write a walk through, or could someone help me.
(4)
Review for The Mansion II
I need a walk through for this game. I can't get past the bit with the fingerprint scanner. How do I get the fingerprint?
I also think that this game is great and I give it a 5 out of 5.
(5)