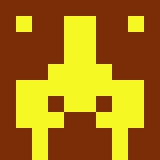 Review for Giantess jaiden animations
nice, you may want to expand on some of the paths though. sense your using a map, you may want to have an idea of what the finished map looks like to help with what you want ppl to be able to go and interact with.
(4)
Review for The Giantess Trial
not bad, keep going :)
(4)
Review for A Shrunken Dilemma (High School Giantess)
a very entertaining game, keep up the good work
(5)
Review for The city a giantess and vore game
It's a start, good luck to you :)
(3)
Review for Shrunk at High-School
ah, so it got moved to over here now
(5)
Review for In the House of Temptation
A clever idea, is temptation such a bad thing?
(4)
Review for School Shrink
very entertaining.
(3)
Review for Shrunk down
It's an interesting start, I look forward to where it goes from here.
(4)
Review for The Mini Vacation
it's really good so far, I hope you keep at it.
(4)
Review for One Girl
it's and interesting game and the way things are inserted into the game is unique, though a little bit of a guide or detail would be appreciated.
(4)
Review for Hyperdimension Reduction re-BOOT~!
good game, I hope that you expand on it though. it feels kind of short.
(4)
Review for THETA
This seems like a very entertaining game, keep up the good work.
(4)
Review for Shrunk in a Dorm
This is an amazing game. do hope you continue with it.
(4)
Review for Shrunken story 0.16
Great game. The interactions are entertaining, some are very funny. I hope to see more of your work in the future, but I guess I'll have to wait until the next episode of TOAD BALL.
(5)
Review for The Dare (giantess)
While the idea of video game characters brought me here, the actually game kept me here. It would be nice to see more interactions with the story, what is here isn't bad. hopefully you'll have your computer fixed and an update on the way. good luck to you.
(3)
Review for A Small Adventure (Update)
"Any story worth telling, is worth telling twice" - Rafiki. That said, like the idea of a another persons rendition of a story. It adds a different view and allows characters and interactions to be played with that the original didn't.
(5)
Review for Shrunk at College
There is a lot of great stuff here, even though I'm not a foot person there is still more that enough to find enjoyable.
(4)
Review for Giantess Shrinking day (v 0.9.1)
A great game. I get lost a lot as the game expands, but finding new things isn't hard.
(4)
Review for Tiny Perspectives
I'm gonna level with ya, I'm not into Futa. Despite this, The rest of the interactions are great and the game is entertaining. though I would like to see a few more non-Futa interactions mid-game. Still good though.
(3)
Review for Shrunk at high-school (Ver.2)
I understand life getting in the way, no problems there. A great game as it stands and I'm sure that future updates will only make it shine brighter.
(5)
Review for Shrink accident
A good game with interesting characters. I would like to see more interactions with the characters as either gentle or power mad, though that's probably just me. still great game and keep at it.
(4)
Review for Giantess' Hotel
for a starting project it's not bad. I can see that there is a lot you want to do with this. you've got some error scripts showing up, but those shouldn't be too bad. the idea is funny and I look forward to the updated versions.
good luck to you!
(4)