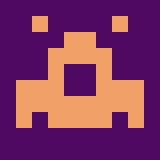 Quest Not yet rated
Text adventure games by LinaLyssic

Review for The Escape
I couldn't help but be bothered with some little errors in your spelling and grammar. You should fix that Also, there's pretty much nothing you can do. Everything is done for you, you just need to walk around a little. There's only one direction to go to and this is really boring. And the end is indeed really long, while the descriptions are not. Seriously, if I were you I'd have a look at other games. This is not what it should look like. But hey, at least you tried.
(2)
Review for The apple(DEMO)
Fun little demo?
You've got a fridge that reveals nothing when you open it and that keeps saying you should open it, while it's already opened. And you can't do anything with the 'pedistal' whatever the hell that is. I'm sorry, but calling this a demo is ridiculous.
(1)
Review for Sir Loin and the Coming of Age
I love your games!
(5)
Review for Shiversword: The Beginning
Okay, I feel really stupid but I have finished the game now. Didn't make enough at the party to get mama chocolates :(
And I don't know why my third star was also silver, but I looooove this game.
(5)
Review for Freshman Fantastic: boy
Thank you very much, I never would have guessed there's a search command! I also found a key but I never got to use it. Was it something you needed with Jane?

Anyway, I liked the game. It was quite funny and everything worked well. I think you should have told the player about the search command though, I've only used it once before in Things That Go Bump Into The Night and in that game it was kind of clear you had to search something. A huge plus is that your spelling is good. Good spelling is rare nowadays. You're descriptions are good, not too long but just long enough to describe everything. I think it's very original, the puzzles are fun, but not too hard and everything's working just fine so I'll give you 4 stars :)
(Yay, first to rate.)
(4)
Review for YOU ARE A TIGER
Even before the game started, I was laughing my ass off. It's so funny! I found no bugs, you obviously know what you're doing. Too bad I can't really do anything, since there's only one room and I performed all possible actions. (Or so it seems.) I'll give it a 3 for now, because it's really short. But it's still epic.
(3)
Review for Kevbot
Wow. This game was so funny! I loved the pirate language and the narwhals. You sir, are pretty awesome. The ending was a little weird though, I didn't know the right command. (So I cheated :D)
You should add the command scope as an alternative. It was indeed a little short, make more games please.
(4)
Review for World War Two History Project
This needs a lot of improvement. Every time I pick something up it doesn't appear in my inventory. What the hell? It just keeps lying there. How about revealing the items in your inventory, as well as the objects you found? (Like the pen under the map, when you find it you can make it appear in the room description.) The paper in the pen was lame, I'm sorry but it's way too illogical. And how did you come up with that leprechaun-ish thing? It has absolutely nothing to do with the whole story. It would be nice if the descriptions when speaking to someone were more detailed. for example: They take a look at you, but it looks like they're too frightened to say anything.

I'll give you 4 stars for now, because it's just a demo. I don't blame you for the little bug, I don't consider programming easy. I'm looking forward to the full game (:
(4)