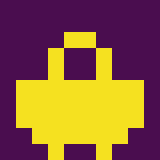 Review for Celine Adventures
The premise of the storyline is promising. However, I found the writing style, with the slang, all-caps sentences, and strange punctuation to be off-putting.

Also, a trigger warning would have been nice, considering that this game is listed as a comedy and there really isn't much lead-up to the rape threats.
(2)
Review for Generic Quest
It was short, but sweet. I noticed one typo > "gaurds" instead of 'guards'. I did dislike the lack of concrete effect that my choices had on the story, even when I chose different options, I would either die or end up at the same location as the other choice two screens later. But, considering it is your first posting and is a homework assignment (high school? post-secondary? Maybe I need to go back to school if programming and IF game are the assignments now.) I thought I it pretty good. I expect you received/ will receive a good grade, especially if you fix that typo!
(3)
Review for Cold
I also got the "Error running script: No verb response defined" message when I tried to close the door behind me after getting into the cottage. To keep out the cold and all. Also, I couldn't figure out how to follow the footprints around the toolshed. I couldn't look at the prints and I couldn't go any direction except towards the cottage. An interesting puzzle, even though I'm not usually a fan of timed puzzle sequences. I hope you fix the bugs and continue on with the next parts of this game.

It is a good start, I docked marks for the script errors for what I thought were obvious things (opening window and closing door) and the length.
(3)
Review for Captain Jumbo
I didn't encounter any of the glitches mentioned in other comments or reviews. It played through flawlessly. I did find the single inventory item to be immersive. I recall playing another IF game from the perspective of a small child that had the same inventory mechanic. It provided a bit of an extra challenge to figuring out some of the puzzles, which were fairly straight forward and well hinted.

The story was provocative. The last bit about not wanting to be interrupted for dinner was heart-wrenching.
(5)
Review for In the Hall of the Mountain King
I quite enjoyed this. Descriptions were nicely done, and no ending was the same. Nicely thought out.

A good way to spend a coffee break, some of the descriptions I had to try hard not to actually laugh at.
(5)
Review for A Plus Adventure
I think that I understand the intent of the game. From the description and the point that you labelled it comedy, I think you were trying a little too hard to minimize your involvement with the material. It is quite politically charged, and not strictly on internet forums. However, I did appreciate that as a setting, and you did speak in a few different voices quite well.